Are ‘Brain Chips’ the Future of Business? 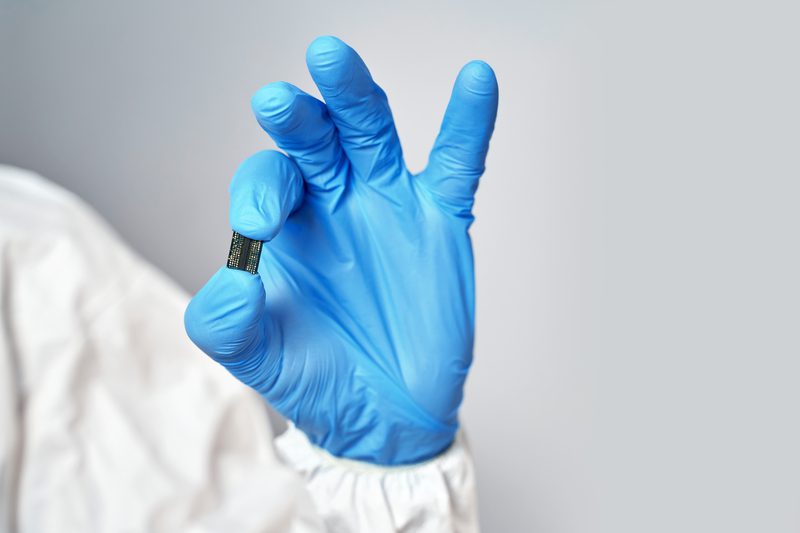 Major advances in technology in the last two decades have opened new possibilities for the future of business with headways in artificial intelligence, robotics and communications. The development of technologies such as cloud computing, smart devices and autonomous transportation promises increases in the efficiency of existing infrastructures, a reduction in health and safety risks to the human workforce and the creation of whole new industries.

However, work on the direct connection between human operators and automated systems remains at an early stage. Can machines really be personified to match the qualities of humans? In a recent study, a group of researchers sought to investigate “if attributions of mind towards robots suggests that people perceive robots as capable of emulating different degrees of mind” including empathy and morality. But what if the future we witness the modifying of humans to be more like artificial intelligence?

The idea of applying microprocessor technology to the human body, or bionics, to create a ‘cyborg’ organism is not new, and stems from research carried out in the 1950s on cybernetics, the idea of applying a ‘feedback loop’ to control systems. An example is a thermostat which controls heating or cooling system in response to changing temperature. But could humans become part of this sort of cybernetic feedback loop?

In common use in retail environments and elsewhere, radio frequency identification device (RFID) chips about the size of a grain of rice are practical for human implantation, and in fact have gained FDA approval for this application; but University of Melbourne researchers Kayla J. Heffernan, Frank Vetere and Shanton Chang wrote in their 2017 paper, Towards insertables: Devices inside the human body, that “the first forays into human microchip implantation occurred in 1998 with Kevin Warwick implanting himself with an RFID capsule in his Cyborg 1.0 experiment”.

Kevin Warwick said: “I was born human. But this was an accident of fate – a condition merely of time and place. I believe it’s something we have the power to change. “ In his 1998 experiment, a silicon chip was implanted in his arm, allowing a computer to monitor him as he moved through the halls and offices of the Department of Cybernetics at the University of Reading, where he was a professor. He told Wired magazine: “My implant communicated via radio waves with a network of antennas throughout the department that in turn transmitted the signals to a computer programmed to respond to my actions. At the main entrance, a voice box operated by the computer said “Hello” when I entered; the computer detected my progress through the building, opening the door to my lab for me as I approached it and switching on the lights.

“For the nine days the implant was in place, I performed seemingly magical acts simply by walking in a particular direction. The aim of this experiment was to determine whether information could be transmitted to and from an implant. Not only did we succeed, but the trial demonstrated how the principles behind cybernetics could perform in real-life applications.”

Recently, billionaire Elon Musk’s brain chip company, Neuralink, has been preparing for human trials of ‘brain chips’. The Silicon Valley company has already successfully implanted Artificial Intelligence microchips in the brains of a macaque monkey named Pager and a pig named Gertrude, and researchers are now ready to move towards the next stage of development. According to the company, the chip is a “fully implanted, wireless, high-channel count brain-machine interface”. It contains more than 3,000 electrodes attached to flexible threads thinner than a human hair that can monitor the activity of 1,000 brain neurons, all of which Neuralink will decode.

It is said that the long-term aim is for these microchips to be used to help “cure” conditions including Parkinson’s disease and dementia and even help the paralyzed to walk. So, if the human brain could be enhanced, allowing people to function in a more intelligent and efficient way, what might this signify for the future of the workplace?

Microchips Already in the Workplace

Tech company, Three Square Market, based in Wisconsin made headlines in 2017 when they became the first U.S. company to offer to embed microchips to their employees, while in the UK, BioTeq was the first to offer the service to people and estimates to have fitted 150 people with implants.

Those who advocate the technology focus on the efficiency-based advantages of a microchip. Speaking to the Sunday Telegraph, Biohax founder Jowan Österlund said: “Creating a seamless interaction with my digital surroundings is making everything more efficient.

“It is saving more and more seconds every day”, he continued. “Not to mention the global impact when applied to everyday events, such as boarding a bus faster – those seconds are becoming minutes and hours which I choose to allocate towards my family and kids.”

With the help of microchips, business leaders will no longer need to produce and monitor any keys or ID cards for the office making it a convenience not just for the leaders but also the workers. In addition, they also boost overall security as they eliminate the unreliable and insecure username-and-password combination system as well as the troubles that come from the two-factor identification system. Using this approach will aid companies of all sizes to always stay one step ahead of cyber hackers.

This technology will also be able to recognize loss of attention and alertness in workers and counter by making recommendations on how worker can improve their health and avert or reduce significant loss of life or serious injury caused by human error. Aspects that can be tracked include sleep duration, blood pressure and activity levels. This means that it will help the performance of workers which in turn will benefit the company as a whole.

CNN citing a Citrix survey of employees in the U.S. and Europe considered that 75% of top executives found that under-the-skin microchips and sensors will boost worker productivity.

Of course there are profound technological, ethical and legal issues to navigate – what would happen if a company decided that its workers would be compelled to have a microchip inserted to monitor their location and activity?