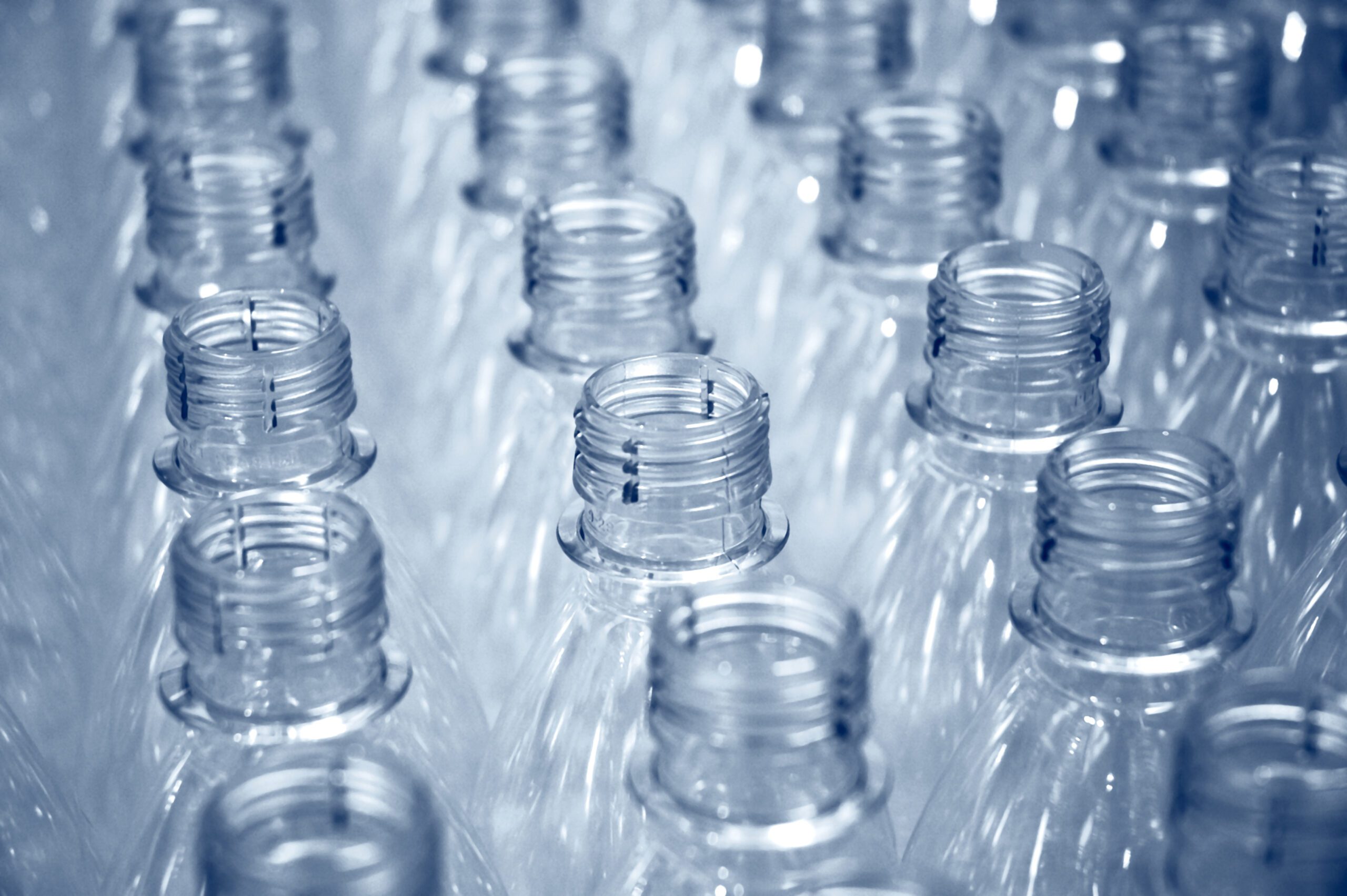 Chemical recycling attempts to recycle the unrecyclable. It could see every type of plastic fed into an infinite system of recycling that unmakes plastics back into oil. That oil can then be used to make plastic. This process would replace a system where certain plastics are rejected because they are made of composites or are the wrong colour.

Instead of an infinite loop, the way that plastic is recycled today is more like a downward spiral. Plastics are mechanically recycled. They are sorted, cleaned, shredded, melted, and remoulded. In every instance where plastic is recycled this way, the quality is degraded. The polymer chains that make up the plastic are partially broken down when the plastic is melted, which decreases its viscosity and tensile strength. This makes it harder to process. This new and low grade plastic becomes unsuitable for use in food packaging and most plastic can be recycled a limited number of times before it is unusable because it has been so degraded.

The emerging chemical recycling industry is attempting to avoid this problem by breaking plastic down into its chemical building blocks. This will allow them to be used for fuels or to be reincarnated into new plastics. Feedstock recycling is the most versatile version of chemical recycling. It is also commonly known as thermal conversion. It describes any process that breaks polymers down to become simpler molecules using heat.

How Does it Work?

It is a reasonably simple process. For example, let’s say you have put a plastic container in your recycling. It is taken, along with all of the other waste, to a sorting facility where the rubbish is sorted into different kinds of materials and plastics.

The container is washed, shredded and then packed into a bale that will be transported to the recycling centre – so far, so normal. This is the conventional process. The chemical recycling comes next. The plastic that made up your container would be taken to a pyrolysis centre, where it is melted down. It is then fed into the pyrolysis reactor where it is heated to extreme temperatures. The process turns that plastic into a gas which is cooled and condenses into a liquid similar to oil. That liquid is distilled into fractions which are able to be put to different purposes.

The firm Plastic Energy has two commercial-scale pyrolysis plants in Spain and has plans to expand into the UK, the Netherlands, and France. Those plants will work to transform plastic waste that is hard to recycle, such as breakfast cereal nags, dry pet food pouches and confectionary wrappers, into a substance called “tacoil”. This is called feedstock and can be used to make food-grade plastics. In America, the chemical company Ineos has become the first company in the world to use the technique depolymerisation to produce recycled polyethylene, which goes into carrier bags and shrink film. The company has plans to build many new pyrolysis recycling plants. They confirmed a joint venture with Recycling Technologies aiming to open “Europe’s first” polystyrene advanced recycling facility by the end of 2022. Eastman has declared that it would invest up to 1 billion dollars on a chemical recycling facility in France, which will use a polyester renewal technology to break down hard-to-recycle waste. Meanwhile, and Honeywell’s UpCycle Process Technology is reportedly ready to be scaled with plans to begin production alongside Sacyr in 2023.

Mura Technology, a company based in the UK, has started constructing the world’s first commercial-scale plant that can recycle every kind of plastic. It can handle mixed plastic, plastic of all composites, coloured plastic, all stages of decay, and plastic contaminated with food or any other kind of waste.

Pyrowave, based in Canada, are one of the pioneers of the process allowing plastics to be regenerated and restored to their full value. The company’s patented high-power microwave catalytic depolymerization technology platform is the most advanced in the world and is presently at the forefront of new generation plastics.

Over the past 30 years, there have been serious limits to chemical recycling. It is energy-intensive and has proved difficult to scale up to industrial levels due to technical challenges.

In 2020, a report by the Global Alliance for Incinerator Alternatives (Gaia), which is a group of individuals and organisations that attempt to reduce waste and pollution through social movement, found that chemical recycling is energy intensive, polluting, and prone to technical failures. The report finished by claiming that chemical recycling was not a viable solution to the plastic problem, especially at the pace and scale needed.

Furthermore, if chemical recycling’s end product is an oil used for fuel then the need for virgin plastic is not reduced. Burning such fuels would still be releasing greenhouse gases in the same way that fossil fuels do.

However, many companies have announced plans to develop chemical recycling, which has been expanding due to increased patent data. RaboResearch, reporting on trends in chemical recycling, has suggested that there could be 140 plants by 2025. Other key players identified in RaboResearch’s report include BP, TotalEnergies, and Shell, with ecoprog’s research also acknowledging that the upward trend “primarily affects the business model of the chemical industry and the mineral oil industry, which produce plastics or provide the raw material for them derived from crude oil”.

According to ecoprog, a significant driver of the chemical recycling market is its potential to offer fully recyclable plastics without downcycling, as well as the requirement to meet recycled content quotas in the future. Plastics Europe, an organisation representing the European plastics industry, has called for a mandatory recycled content target of 30% by 2030 as part of revisions to the Packaging and Packaging Waste Direction (PPWD). Some segments, including beverage packaging, have already committed to such targets.

Chemical recycling is here to stay. Plants will continue to be built as companies attempt to unmake and remake plastics, though it is not expected to make the problems with plastic pollution and the impacts it has on the environment go away.

SEE BELOW: Interview with Jocelyn Doucet, CEO of Pyrowave

Is Sustainability in Demand with Prospective Employees?
How Does Sustainability Affect the Economy?
Is Sustainable Travel a Fad, or a Trend That's Here to Stay?
Interview with Jocelyn Doucet, CEO of Pyrowave
COP27: Week One in Focus
The Sustainable Development Goals - What are the Targets Now?