EIB, Oceans and the Circular Economy 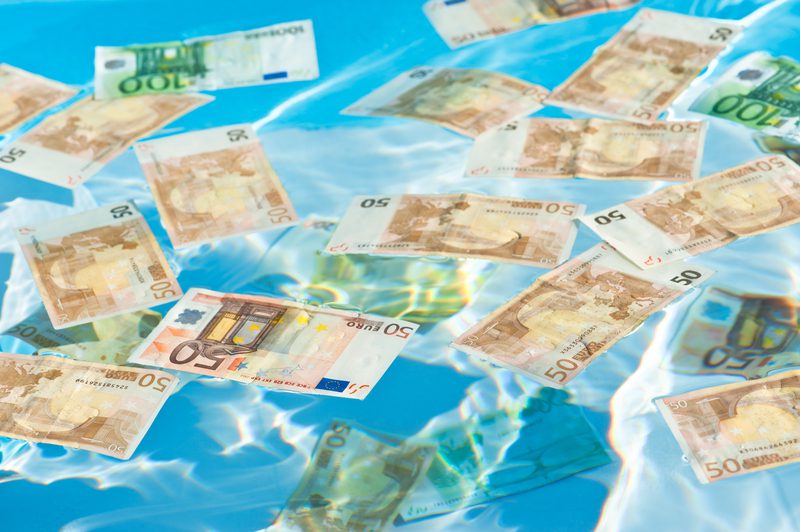 According to Reuters, The World Meteorological Organization (WMO) calculates that, on average, a weather, climate, or water related disaster has occurred somewhere in the world every day for the last 50 years, causing 115 daily deaths and over $202 million in daily losses.

That’s a sobering statistic for both business and humanity. Water is often a less considered environmental factor than climate change or global warming, but without clear water and oceans, both business and people are in big trouble.

Seeking to make environmental and financial gains, Circulate Capital, the Singapore-based investment management firm financing high growth opportunities at the nexus of climate tech and plastics, recycling and the circular economy, has made public that the European Investment Bank (EIB) has committed some $20 million to the Circulate Capital Ocean Fund I-B (CCOF I-B).

There’s therefore a whole lot of money washing about; CCOF I-B is targeting a total raise of USD$80 million and is therefore in consideration with other investors too, as recently disclosed by the International Finance Corporation (IFC).

“Through the EIB’s Climate Bank Roadmap and Clean and Sustainable Ocean Programme, we are committed to investing in climate action and environmental sustainability around the world. In particular, we want to support projects aimed at reducing pollution, by recycling and reusing plastics, so that we can ensure a better future for all.

“I am therefore very pleased to back initiatives that make this financially viable, such as the Circulate Capital Ocean Fund I-B.”

There are an estimated 150 million tonnes of plastic in the ocean today; this number grows by 11 million metric tonnes per year, drastically damaging habitats and leaving marine life at risk; ultimately a challenge for business too.

Research has found that most of that plastic enters the ocean from just five countries in South and Southeast Asia. Business could reduce the flow by as much as 50 per cent by investing in waste and recycling management, innovative materials, and technologies.

The fund’s inaugural investments aim to implement solutions in the biotechnologies, sustainable fashion, and smart materials sectors, as well as digitisation of the recycling value chain to combat plastic waste and climate change.

“In order to advance the circular economy and mitigate the negative effects of plastic pollution on climate change, we need to scale investment dollars into this sector immediately. The EIB commitment to CCOF I-B is a key indicator that the sector is ready for institutional capital,” said Rob Kaplan, CEO and Founder, Circulate Capital.

“We are grateful that our investors, including global corporations, family offices, foundations and now institutions like the EIB are working together to bring investible solutions that foster and advance climate resilience to market standards.”

It appears the EIB focus on leveraging circular cash to help the world’s water systems is none too early. The freshwater change planetary boundary has already been transgressed, according to a recent international study involving researchers from Utrecht University, Delft University of Technology and the University of Amsterdam.

“Water is the bloodstream of the biosphere. But we are profoundly changing the water cycle. This is now affecting the health of the entire planet, making it significantly less resilient to shocks,” says lead author Lan Wang-Erlandsson from Stockholm Resilience Centre at Stockholm University.

The planetary boundaries framework, published in 2009, demarcates a safe operating space for the planet, and hence for business. Water is one of the nine regulators of the state of the system that are included in the framework, and is the sixth boundary that scientists have assessed as being transgressed.

Other transgressed boundaries are: climate change, biodiversity loss, biogeochemical cycles, land use and, in 2022, chemical pollution.

The water boundary had previously been considered to be within the safe zone. Now researchers have explored the water boundary in more detail. The original freshwater use boundary only focused on “blue water,” which includes freshwater in streams, rivers and lakes.

Everywhere, from the boreal forests to the tropics, from farmlands to forests, rainfall is changing and so too is soil moisture. “Take the Amazon rainforest, for example. It depends on soil moisture for its survival. But there is evidence that parts of the Amazon are drying out as a result of climate change and deforestation,” says Arie Staal, co-author and Assistant Professor at the Copernicus Institute at Utrecht University.

“In the past decade, the planetary boundary framework has helped policymakers navigate urgent Earth system challenges. This novel assessment on freshwater change now shows that we need to redirect action towards green water change through climate change, deforestation and soil degradation in order to reduce Earth system risks”, says co-author Sofie te Wierik, PhD candidate at the University of Amsterdam.

New business funds have potential to realise massive environmental and capital benefits, when applied to the world’s biggest issues. Seemingly water has now joined that list, and there are plainly benefits for the likes of Pepsi and others in supporting funds that will help alleviate the impact their plastics have on the world’s water and oceans.

What’s interesting about the intersection of these finance and research stories is that water circulates; it goes from soils to rivers, to oceans, to cloud and back into soil once more. A circular economy seeks to mirror this kind of pattern.

Such circular paths have much to teach business about longevity and sustainability. It’s a cycle that the world’s corporates must prioritise and protect, with billions to be won from doing so.

‘Together, we will create, reimagine and realign the entire ecosystem that generates and remediates ocean plastic pollution, developing a circular economy whereby we can take used plastics and turn them into a new, reusable resource for future materials,’ writes Circulate Capital. It will be intriguing to report back on its progress.