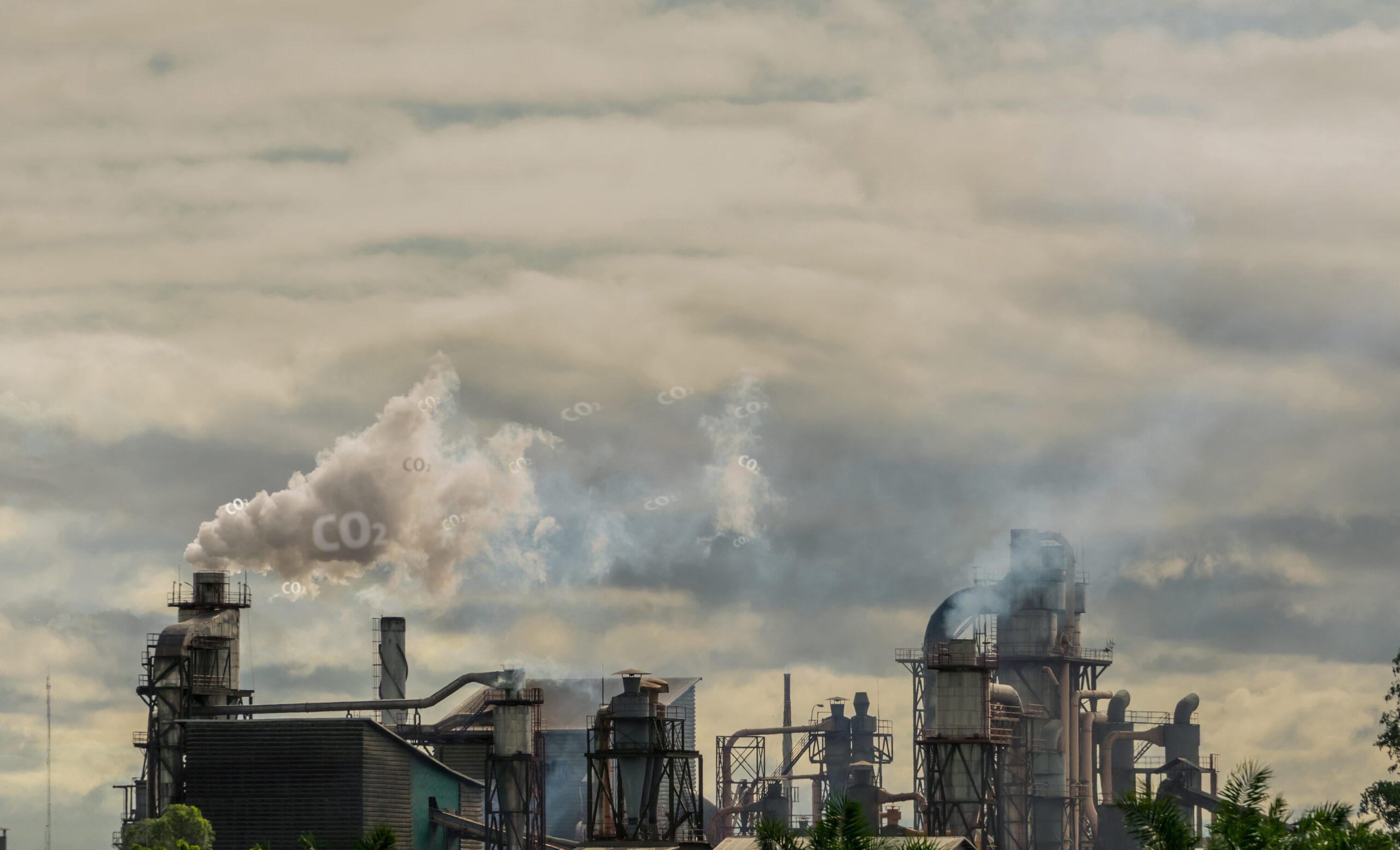 The idea of using giant fans to suck carbon dioxide out of the air might seem as if it belongs in a science fiction novel – but the reality is that this is exactly what is happening in Iceland and other places around the globe.

Carbon dioxide is a major problem contributing significantly to the problems of global warming. The more fossil fuels that we use, the greater the amount of carbon emissions that are sent into the atmosphere, making it much hotter. Finding ways of significantly decreasing carbon emissions has always been a priority, but attention is also being paid to ways of removing some of the carbon already causing problems within the atmosphere.

Direct carbon capture is a key element within this equation. The concept has been around since the Second World War when it was used to create breathable air within submarines. Now it is being used on a much greater scale to take large quantities of carbon from the air.

Plants absorb carbon through photosynthesis, subtly changing its composition to take out elements that plants need to survive, as well as acting as a storage system which is why large-scale tree planting is needed, alongside maintaining the existing rainforests.

Unfortunately, the sheer scale of the problem of carbon emissions means that natural methods via planting and forest maintenance is no longer enough to deal with the situation. Other methods are having to be used.

The use of innovative Direct Air Capture (DAC) technology has become a key element in this fight to deal with climate change. Modern Direct Air Capture systems works just like photosynthesis. It captures large quantities of air and uses chemical reactions to extract CO2 for storage or reuse. So successful have these systems become that the International Energy Authority has indicated that by 2030, over 85 million tonnes of carbon will be captured each year using DAC systems. This figure will rise to 980 million tonnes by 2050 as more systems are set up. Such figures could even be higher still as companies make the systems even more effective, integrating future innovations.

Many major businesses are already taking interest, paying DAC companies to extract carbon as a way of offsetting their own carbon emissions. Such companies include Microsoft, Stripe, Swiss Re and Shopify. The growing scale can interest in this concept can be seen by the fact that the US Department of Energy has now invested $44 million in DAC since 2020.

The number of DAC plants operative worldwide has been steadily rising. According to the International Energy Authority countries like Canada, Finland and Switzerland have been particularly prominent in DAC research, setting up 19 pilot operations and small scale plants in recent years.

2021 saw the introduction of the first large scale commercial operations and it has already proved immensely successful. Set up in Iceland, it utilises the natural geological strata as a storage area for carbon. It is a venture set up by Swiss company Climeworks and an Icelandic carbon storage company, Carbix. The Climeworks Orca Plant contains eight large shipping centre type containers acting as carbon collectors. Air is drawn in through the front of each box via a series of slats. Giant fans located at the back of the box pulls the air through the slats and through a series of filters. The filters remove the CO2 by attaching it to molecules known as amines. These molecules are then mixed with water and pumped deep underground into the geological strata. Over time, the carbon water mix turns into rock.

The Climeworks Orca Plant is capable of extracting 4,000 tonnes of C02 annually, representing the equivalent amount of carbon emitted by 790 cars. The plant itself is totally sustainable and environmentally friendly as it utilises renewable energy from a nearby geothermal plant.

In America, energy company Occidental is building an even bigger plant in Texas. This plant is designed to remove one million tonnes of carbon from the air around Occidental’s oil fields every year. This Texas plant is set to be the first of many built by Occidental. The company aims to have up to 70 plants operative by 2035. To achieve its DAC aims, Occidental is utilising fan-based technology developed by US company IPoint5. Under this system, the captured air is passed through a solution of potassium hydroxide. This causes a chemical reaction to take place, turning the carbon into a liquid. Other chemical processes are then undertaken to make the liquid even more concentrated. The resultant gas is stored underground or reused to make plastics, cement and low carbon fuel.

Researchers at Arizona State University are experimenting with a different type of DAC technology based on systems created by ASU Professor Klaus Lackner. ASU and Professor Lackner have joined forces with Irish company Carbon Collect to create a commercial venture. The system involves the development of ‘mechanical trees’ due to their resemblance in style to natural trees. Each ‘tree’ comprises a 33 foot high metal column, and diameter discs each measuring five feet, containing six ‘leaves’. The ‘tree’ absorbs carbon from the air, and when fully loaded retracts into a 9 foot canister. The collected carbon is removed, and then the tree remerges ready for its next collection cycle. The first tree has been installed on the Arizona State University campus, and more are planned. Researchers say that up to 200 pounds of carbon will be collected daily from each tree.

Many other DAC projects are in the process of construction or under research; for example in the UK, Storegga is currently developing a Scottish site capable of capturing and storing up to one million tonnes of atmospheric carbon dioxide every year. Another UK initiative known as SUEZ working with BP is using a solvent based system to capture CO2 from flue-gas emissions, eventually storing the gas in geological formations under the North Sea. Energy from waste company Cory operating in London and the South East has announced plans for “the world’s largest single-site EfW decarbonisation project’ capturing 1.5m tonnes of C02.

Aramco is experimenting with ways of capturing CO2 when vehicles including trucks and boats are actually on the move. It has a pilot project underway which is currently capturing 40% of emissions from a Volvo truck. The system works via a chemical process that pulls pure CO2 from the exhaust system using thermal energy. The CO2 is stored within on-board tanks. When the tanks are full, the gas is removed and sent for re-use or sequestration. An additional 10% reduction in carbon emissions is achieved by the use of other technologies within the truck itself. Among the technologies being used are engine turbo-compounding to reduce fuel consumption, low rolling resistance tyres, and a liftable axle.

The sheer scale of interest in carbon capture technology is reflected in the fact that there are now large-scale exhibitions devoted purely to the subject. In October, for example, a two-day Expo Europe is being held in Germany bringing together top engineering firms, technology manufacturers, suppliers, energy firms, heavy industry, oil & gas companies, chemical companies as well as countless related organisations, researchers and NGO’s. A linked programme of talks will be designed to explore ways of accelerating the deployment and commercialisation of carbon removal technologies.

By far the biggest problem for DAC companies is the costs involved. It is not cheap. It currently costs $600-$800 to remove one ton of CO2 at the Icelandic Orca site. The eventual aim is to reduce that figure to a more cost effective $100-$200. Achieving such cost effectiveness is possible. Vicki Hollub, chief executive officer at Occidental has indicated that Occidental believes that its involvement in low carbon technology will ultimately become as big as its traditional chemicals business.

Investment in DAC is definitely on the increase. New DAC ventures are undoubtedly attracting serious money. In May, London-based Carbon Clean raised $150m Series C equity funding. The lead investor was Chevron, with other stakeholders including Samsung, Aramco Energy and Cemex Ventures.

It is easy to see why Carbon Clean attracted attention – its DAC technology can be installed within a much smaller physical footprint than comparable systems and can be deployed within eight weeks. Carbon Clean is aiming to reducing the price of carbon capture to just $30 per metric ton. Carbon Clean’s client list includes Tata Steel, Veolia and Chevron and it is currently working on 44 projects around the world including sites in Germany, India and Japan.

As Carbon Clean’s CEO, Aniruddha Sharma points out “We just don’t have time left to wonder about whether or not these work. We just need to get on with it.”