Are We Moving Closer to a Nuclear Fusion Future? 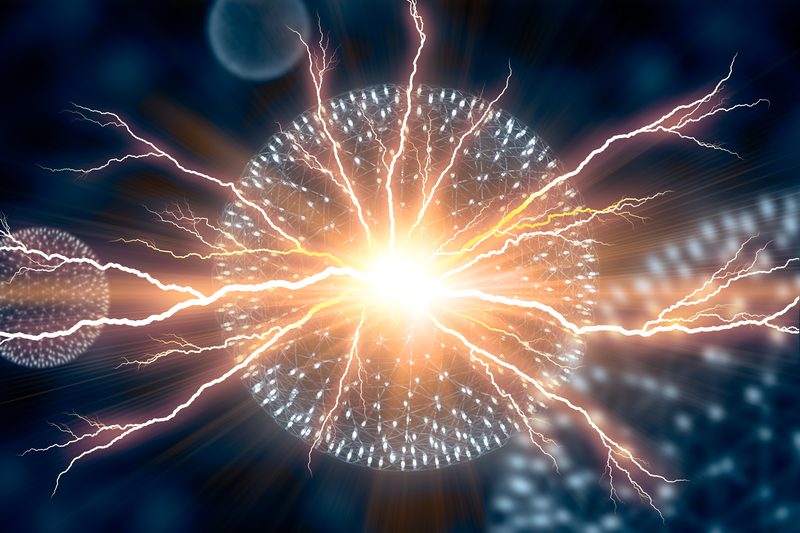 Growing excitement at the prospect of the development of nuclear fusion as a source of clean power doesn’t underplay the difficulties of harnessing this ‘holy grail’ of energy production. If the process that powers the sun can be duplicated successfully on Earth, it offers the possibility of having an unlimited supply of low-carbon, low-radiation energy to power the planet.

However, the challenges of replicating and then harnessing the process have been formidable. Researchers in the US, UK., China, Russia, and Australia are among nations that have been taking part in major nuclear fusion research – but do recent breakthroughs bring us any closer to making nuclear fusion, a once very distant pipedream, into a realistic future option?

The nuclear fusion process involves two small, light nuclei merging to create a nucleus. Because the nucleus weighs less than the individual nuclei, the difference is given off as energy (according to the basic laws of conservation of energy). This is the process that powers the sun and other stars, and indirectly all life on our planet, via heat and light radiated from our sun. The problem is how to replicate and harness the process on earth, considering the extreme temperatures generates by nuclear fission.

In theory, a combination of light hydrogen-type gases – deuterium and tritium – are heated to temperatures over 100 million degrees Celsius. The gas then turns into a plasma and the nuclei merge to create a helium nucleus and a neutron, with an extremely small amount of mass transformed into ‘fusion’ energy. A plasma that produces a large amount of these reactions can provide worthwhile amounts of energy from minute amounts of fuel.

If replicated, fusion power can bring with it a whole host of advantages. On a planet that has rising concerns of climate change and limited amounts of fossil fuels, it is certainly an attractive option.

Recent advances announced in the path to create fusion power were accomplished by scientists at the Joint European Torus facility in the UK, the world’s largest tokamak, a magnetic bottle in the form of a torus containing plasma. Researchers uses the generator to produce the largest-ever amount of energy in a sustained fusion reaction, smashing their own previous record set back in 1997. The experiments that took place in December 2021 saw 59 megajoules of heat energy produced in approximately five seconds. For many, these results show a giant positive step in the quest for fusion power.

Head of operations at the reactor lab, Dr Joe Milnes, said: “The JET experiments put us a step closer to fusion power. We’ve demonstrated that we can create a mini star inside of our machine and hold it there for five seconds and get high performance, which really takes us into a new realm.”

Prof Tony Donné, EUROfusion programme manager, said: “The record, and more importantly the things we’ve learned about fusion under these conditions and how it fully confirms our predictions, show that we are on the right path to a future world of fusion energy.

“If we can maintain fusion for five seconds, we can do it for five minutes and then five hours as we scale up our operations in future machines.”

This successful experiment shows that the years of planning and research done by the many scientists is beginning to pay off. However, the facility is only able to produce the plasma bursts, using the help of copper magnets, of up to a few seconds and not any longer. Therefore, to be able to generate more longer-lasting results, more powerful magnets will need to be used.

Currently, a brand-new reactor known as ITER is being built in the south of France, with superconducting magnets, to help boost the progression in fusion power. The project, costing £15.9bn ($$22bn), is a huge international effort involving countries including the U.S. India, Japan, and Russia, as well as the EU. The reactor will be in motion by 2025 and will be certified as the world’s largest reactor. The aim of ITER is to generate 500 megawatts of fusion power in hopes are that it will show the viability of the process on a significantly larger scale. After the recent results for JET, those involved in ITER will have increased confidence that its design and performance will succeed.

“This is a big moment for every one of us and the entire fusion community. Crucially, the operational experience we’ve gained under realistic conditions gives us great confidence for the next stage of experiments at ITER,” said Prof. Donné.

However, a UK-based start-up has also recently claimed to achieve another breakthrough in fusion energy

First Light Fusion claims to have achieved nuclear fusion without relying on lasers and powerful magnets, a world first. The start-up, co-founded by UCL Mechanical Engineering’s Head of Department Professor Yiannis Ventikos and verified by the UK Atomic Energy Authority (UKAEA), believes that it has managed to pull off a breakthrough by shooting a pellet at a speed of over 14,500mph into a fuel target to release energy.

Prof Ventikos said: “While achieving fusion in the lab is a tremendous success in its own right, the context is equally important. True to First Light’s rigorous scientific approach, this result is supported by strong and continuously evolving computer modelling. This capability sheds light, in exquisite detail, into the processes that generate these neutrons.”

Dr Nick Hawker, CEO, and co-founder said: “Our approach to fusion is all about simplicity. Being simple, we believe projectile fusion is the fastest path to commercially viable power generation from fusion. We aim for simplicity in the power plant engineering, but we also want to make the fusion process itself as simple as possible.”

First Light Fusion claims that a commercial plant using their design would have an output of around 744 MW. However, the company have been looking forward saying that they are “working towards a pilot plant producing ~150 MW of electricity and costing less than $1 billion in the 2030s.”

The technique has been applauded by UK Business & Energy Secretary, Kwasi Kwarteng, who described it as having the potential to ‘revolutionise power production’. Ian Chapman, chief executive of the UK Atomic Energy Authority, added: ‘Fusion promises to be a safe, low carbon and sustainable part of the world’s future energy supply, and we support all advances in this scientific and engineering grand challenge.

‘These results are another important step forward, and we are impressed that First Light have arranged independent analysis of their result.’

Is the future fusion?

Without doubt, the concept of fusion energy has been explored with more urgency by scientists across the world, and leaps made in recent years by JET, ITER and First Light Fusion have helped us get ever closer to achieving the goal of commercial use of fusion energy.