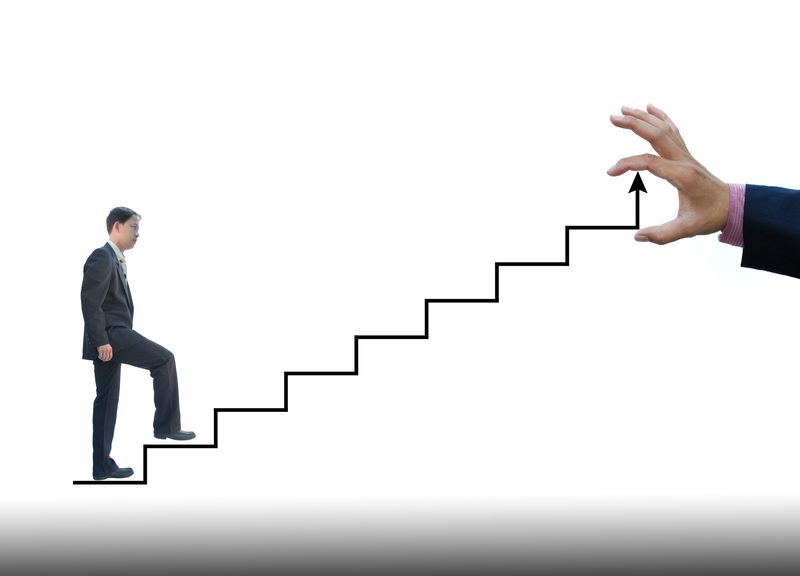 Much has been heard and written recently about ‘levelling up’. UK Government documents on the theme explain that not everyone shares equally in economic and business success. In the UK, the concept refers mainly to addressing disparities between the South and North of the country, or between urban and rural areas, and it has become so established that in September 2021 the Ministry for Housing, Communities and Local Government was renamed the Department for Levelling Up, Housing and Communities under Secretary of State Michael Gove.

But the same concept has been applied in other parts of the world. In June 2021, President Joe Biden declared in a joint statement in advance of the G7 summit, “We reaffirm our commitment to spur economic regeneration and build back better in a way that benefits all communities that have experienced the pain of economic change and advances equality for all – not just in cities, but also small towns and post-industrial areas.

“Mindful of the distributional consequences of economic policy and that current economic models do not serve all equally in society or adequately tackle issues such as the climate crisis, and recognising the need for equality of opportunity, we intend to launch a new joint initiative that brings together experts, practitioners and officials to advance a new “common sense” about how the economy works and the goals it should promote; the initiative will share best practice and review the evidence around public policies to tackle structural inequalities across the economy and deliver prosperity across society.”

But how can these policies be put into action to the benefit of society and businesses alike? In the UK the government’s web portal on the theme explains: ‘While talent is spread equally across our country, opportunity is not’ It elaborates that levelling up is a mission to challenge, and change, that unfairness.

Levelling up should mean giving everyone the opportunity to flourish; people everywhere living longer and more fulfilling lives, and benefiting from sustained rises in living standards and well-being through economic growth. So runs the theory at least.

This requires an end to the geographical inequality which is such a striking feature of the UK. The process needs to begin by improving economic dynamism and innovation to drive growth across the whole country, unleashing the power of the private sector to unlock jobs and opportunity for all. And, concludes the UK Government, while there are world-leading and enterprising businesses and innovators right across the UK, economic growth and the higher productivity which drives it has been over concentrated in specific areas surrounding London.

So that’s what it all means, and those are the intentions behind the spin and the headlines. There are specific promises within the Government plans too; like £26bn of public capital investment for the green industrial revolution and transition to Net Zero.

It should all be good news for businesses. Events and forums are set to take place, including The Levelling Up and Regeneration Summit on 8 November at the Eastside Rooms in Birmingham, aiming to hasten the pace of change and align private and public sector partners.

Can events like this drive corporate intentions and combine policy with business reality to drive the right agenda?

The Summit will focus key insights and thought leadership on critical questions. These will ask what are the factors which shape strong partnerships and collaborations and how to build a ‘local first’ strategy which prioritises the right projects. Specifically, the conference recognises that the opportunity to regenerate and level up Britain is as important to Britain’s local communities as it has ever been.

The Government’s Levelling Up and Regeneration Bill represents an intention to develop a blueprint for how government can be rewired, and for the housing sector, which is the key target for this event, this means identifying better solutions for the delivery of quality, affordable housing and creating long-term sustainable communities.

It’s important to keep an eye on the prize. Government argues the economic gains from levelling up are potentially enormous. If underperforming places were levelled up towards the UK average, unlocking their potential, this could boost aggregate UK GDP by tens of billions of pounds each year. Levelling up skills, health, education and housing would deliver similarly-sized benefits. Accumulated over time, those gains could easily surpass annual UK GDP. Success in levelling up is about growing the economic pie, everywhere and for everyone, not re-slicing it.

In the US, ‘urban development’, ‘urban renewal’ and ‘community organising’ are all terms that emerged in America before transitioning (in adapted form) to the UK and elsewhere. The ideas of thinkers such as Robert Putnam on social capital and American community have had an enduring impact on social policy elsewhere in the world for almost a quarter of a century.

In the US, between 1949 and 1974, the U.S. government underwrote the process of urban renewal through a Department of Housing and Urban Development (HUD) grant and loan program. Since then, the effectiveness of the policy has been questioned, with suggestions that the federal policy of urban renewal, established by the Housing Act of 1949 that lasted through the 1950s and early 1960s, had devastating consequences, including displacing more than a million people from their homes.

A project from the University of Richmond’s Digital Scholarship Lab used data to investigate the number of displaced families from 1950 to 1966 in hundreds of cities and towns in the United States. The end result, an interactive data visualization called Renewing Inequality, highlighted the cost of urban renewal by overlaying data about displaced families with data about race, and redlining the discriminatory practice during the 1930s that barred black people from living in certain neighbourhoods.

The UK Government promises that by 2030, renters will have a secure path to ownership with the number of first-time buyers increasing in all areas; and the government’s ambition is for the number of non-decent
rented homes to have fallen by 50 per cent, with the biggest improvements in the lowest performing areas.

It has also pledged to regenerate 20 UK towns and cities by assembling and remediating brownfield land and working with the private sector to bring about transformational developments combining housing, retail and business into sustainable, walkable, beautiful new neighbourhoods. It believes that poor housing quality, overcrowding and a reliance on temporary accommodation for vulnerable families also contribute to unnecessarily poor health and quality of life for many.

‘We will take action on two fronts. First, building more housing in England, including more genuinely affordable social housing. Second, we will launch a new drive on housing quality to make sure homes are fit for the 21st century.’

These are some big promises. The flipside of course, as the notes to the Summit reveal, is that the cost-of-living crisis in the UK (and indeed across the world) is still growing. Longstanding year-on-year housing shortages alongside high private sector rents mean providing quality homes and good outcomes for tenants remains an unmet, for now, priority. With all the business opportunities that achieving this would open too remaining, for now, unrealised.

That’s what the Summit seeks to change.