Building an Inclusive Culture that Passes the Test of Time 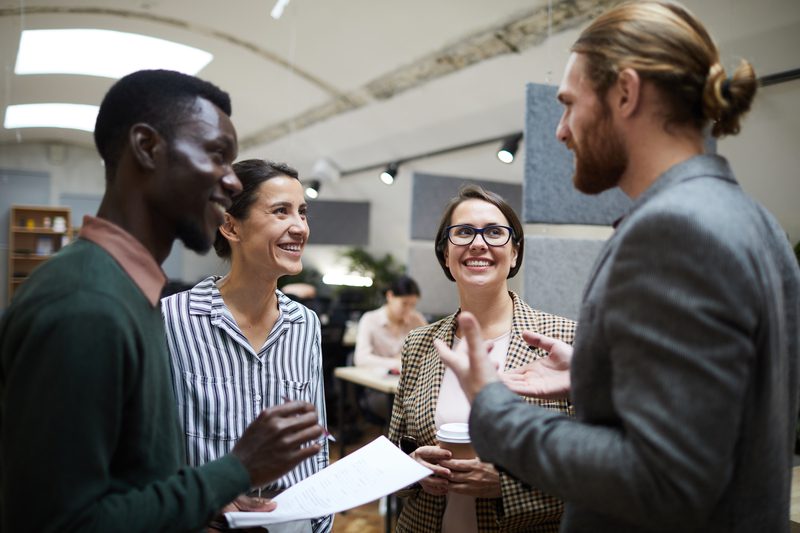 Diversity and Inclusivity (D&I) are buzzwords that currently dominate the world of business, and for very good reason. Research conducted by The Harvard Business Review (HBR) and McKinsey indicate that not only are employees 42 percent less likely to leave their employment in the first year where D&I is a central business aspiration, but that those companies, for example, who embrace gender diversity on their management teams are 27 percent more likely to generate profit. The importance of building an inclusive culture is obvious.

Diversity is the a route to more successful business outcomes, but most importantly, can only survive by its very nature on the back of the comfort and harmony of the workforce.

So inclusivity is apparently effective as a management  goal, but what does it actually mean to businesses in practise?

In essence, inclusivity objectives aim, quite simply, to create a business environment in which everyone in a company feels that they ‘belong’ – to generate a culture, from top to bottom that is diverse and yet collaborative. While the Wall Street Journal cites that 60 percent of Fortune 500 companies think that having a Chief Diversity Officer is a mark of their inclusivity, the best practices for success in this field in the long term are much more complex.

The seven tenets of inclusivity

There are supposedly seven clear areas of inclusivity that a business must adhere to, to benefit from inclusive practice. The first as we have already mentioned is that an employee must have a sense of belonging to the firm. This means that they not only consider themselves as a worker for the company, but also think of themselves as an essential cog in the fabric, personally involved and responsible for its success.

For this to happen, the second tenet, of having a voice, is absolutely essential. This in turn leads to the third tenet of appreciating uniqueness. The voice of each and every individual is unique, with a particular view and experience of the world. To encourage inclusivity, companies must dare to hear these voices and appreciate the breadth and depth of insight that they bring to the table. Individuals must be recognised as possessing unearthed resources, not as featureless numbers on a payroll.

Fourthly, it is this sense of value which is at the very core of any inclusivity dynamic. If the individual is recognised, and feels valued by the company, then improved productivity will inevitably follow.

However, whilst the individual must be noticed, this does not mean that they are regarded in isolation. Bringing these workers together in a collaborative way is the building block for success, and the fifth tenet of building inclusivity.

In order to generate harmony and a collaborative, connected team of workers, diversity has to be celebrated. Collaboration, and group aims and goals, will only ever be achieved if the diversity of the individuals making up that group are recognised as weapons of advantage and not baggage.

Finally, and pivotally, none of the six tenets above can exist, or operate authentically, without the lodestone of equality. Inclusivity in the workplace will only ever breed success if equality and diversity are easy bedfellows.

Implementing Inclusivity in the Workplace

Inclusivity is now recognised by all major companies as a feature on which their future must, not could, be built. To emphasise the fact, 10 leading global organisations, including DHL, Marriott and Scheider Electric have united to formailse the inclusivity process.

The findings of their business analysis recognise that unless companies evolve with D&I at their heart, they will at best shrink and at worst fail. Not building an inclusive culture is key to business failing with shrinking candidate pools, reduced market share and lost profit.

Thinking globally, but engaging communities locally, enabling varied and flexible career paths, with flexible working arrangements and engaging staff in programmes that promote health and wellbeing and connectivity are key.

Tina Mylon, Vice-President of Scheider Electric, reflects on the importance of embedding Inclusivity with the following statement; “I think the other things that are really accelerating in 2021 are our new ways of working and flexible work. We know that especially for diverse talents – whether it’s gender, whether it’s home life situation, whether it’s generation – it’s key that they’re able to work with more internal flexibility, an internal gig mindset, and with more inclusion and more trust”.

Mylon emphasises just how embedded inclusivity has to be in company philosophy for it to succeed when she explains; “We’ll also continue our work around improving inclusion for employees with disabilities, empowering women, and increasing generational diversity.”

In an introduction to a Workplace Intelligence’ report from a panel of HR and Diversity Leaders, Tina Mylon said: “For Schneider, DEI and sustainability are the top reasons that future talent comes to join us and chooses to stay with us. We know that especially for incoming generations, it’s part and parcel of the kind of work experience people want. We also believe that these priorities differentiate us within the sustainability and energy space. I think the rapid growth of ESG funds and investment priorities there, which entail a lot around DEI and sustainability, speaks volumes about the criticality of these priorities from the investment side of the house.”

Inclusivity shaped around gender, ethnicity, LGBT+, disability and age is the only rational way to court success in a 21st Century business landscape, according to the rport. Tina Mylon expands: “I believe a growing trend is the idea that companies need to take a stronger role in DEI. Not only to advance DEI within our company and for our workforce, but also to be more proactive, more impactful, and to contribute to society at large. I think more and more we see the interconnectedness between public sector, private sector, and nonprofit, and you can’t separate yourself from that synergy.”

To conclude, it is worth taking a look at the example set by Australian airline Qantas. In 2013, the 98-year-old business posted record losses of AUD$2.8 billion, leading to the predicted demise of Australia’s national airline, beset with financial trouble and union disputes.

By 2017, Qantas had reversed the process and delivered record profits of AUD$ 850 million, increasing its profit margin to 12 percent. When their success was being analysed and questions asked, CEO Alan Joyce explained, “ We have a very diverse environment and a very inclusive culture.”

Joyce’s insight highlighted to business, if highlighting were needed, exactly how critical D&I is to business performance. Business leaders were reminded once again by a leading CEO, that companies ignore inclusivity at their peril. prompting an extensive document to be presented by Deloitte on the matter covering 50 organisations and over 1 million employees.

The future of business IS inclusive, it seems there is simply no other route to success.

SEE ALSO: Leadership and Role Modelling Regardless of Your Title