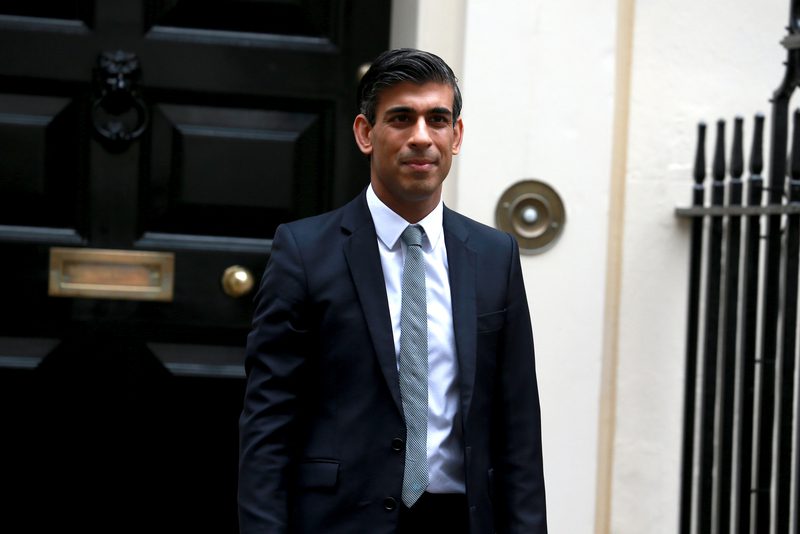 With geopolitics in flux on Ukraine following a global pandemic, could the Chancellor’s Spring Statement reconfigure sustainability and growth in the UK?

On 22 March 2022, the UN’s trade and development body UNCTAD downgraded its global economic growth projection for the year, due to shocks from the Ukraine war and changes in macroeconomic policies that put developing countries particularly at risk.

But significant slowdowns in growth are expected in parts of Western Europe and Central, South and South East Asia too, the new UNCTAD report says. The United Kingdom’s GDP fell by nearly ten per cent in 2020, largely owing to plummeting domestic demand.

Additionally, the UK government’s net contribution to aggregate demand increased more than ten per cent of GDP compared with 2019, a record amount, partially absorbing the shocks from Covid. The evidence is therefore solid that for over two years, things have been anything but easy for business.

Therefore, UK Chancellor Rishi Sunak’s Spring Statement came, potentially, at a very apt time. Could he deliver measures to help UK firms push on, despite massively challenging global geopolitics, and could he align the hope for growth in a greener way too?

Maria Connolly, Head of Clean Energy at UK law firm TLT, comments: “Rishi Sunak’s Spring Statement comes at a critical time for clean energy. The cost of living is at a record high, and soaring energy and fuel prices are putting increasing strain on the nation’s purse strings.

“The government’s plans to slash VAT from five per cent to zero per cent on energy efficiency items such as solar panels, heat pumps and insulation, along with the tax cut for wind and water projects as the UK continues to abolish EU red tape, is a step in the right direction but further action is needed to tackle the climate crisis.”

Connolly argues that with this year’s Statement providing little indication as to how the government plans to accelerate the clean energy transition, all eyes will be on the government’s announcement on the updated energy strategy, expected soon, which is also set to include the launch of a new energy task force.

“The rumoured relaxation of planning laws to boost the UK’s energy independence is a positive move, but it doesn’t come without challenges,” she continues.

She also believes that given the current tumultuous European political climate, it is more important than ever that the UK invests into, and protects, its clean energy infrastructure to ensure the future security and stability of the country.

“Six months on from COP26 the clean energy sector has only inched forwards on its path towards the promised land of Net Zero and the government is going to have to redouble its efforts if it is serious about meeting its carbon neutral goals.

“Whilst focus has understandably been elsewhere recently, neither our country nor planet can afford for clean energy to fall off the agenda.”

“It will take a few pounds off the cost of filling up your car, but it won’t make much of a dent on rising fuel prices and won’t affect the huge profits that continue to flow into the oil and gas companies.

“A new poll for The Independent suggests that voters overwhelmingly support a windfall tax on North Sea oil and gas companies to help raise money to further support families with mounting energy bills. Sunak says he can’t tax them, or they won’t invest in the UK.

“Meanwhile the PM’s special advisers are polishing the words for his new energy strategy statement, due imminently, which will include renewed drilling for fossil fuels in the North Sea and more nuclear power stations. Are we in 1985?”

Smith does note that luckily, the future will also include the encouragement of more offshore wind projects but worries that even today the Cabinet is arguing about whether to relax planning rules on new onshore wind farms, because some voters don’t like the look of them.

“As a wink at trying to boost green energy in homes, the installation of solar panels, air and ground source heat pumps, and insulation materials will no longer pay any VAT.

“Bear in mind that there is already a reduced VAT rate of five per cent for those installations, so it’s a five per cent drop. The chancellor’s claim that families who have solar panels installed could see tax savings worth £1,000 is a bit steep, given that the average cost is less than £10,000; so the five per cent reduction is at most worth £500, and you still need to have the £10,000 spare cash in the first place.

“There is talk of a new energy home grant, but it doesn’t look any less misguided and ungenerous than the last grant system that failed miserably after two years. The government’s commitment to backing its COP26 climate change promises through legislative and economic measures seems to be waning already.”