How Money Menaces the Amazon 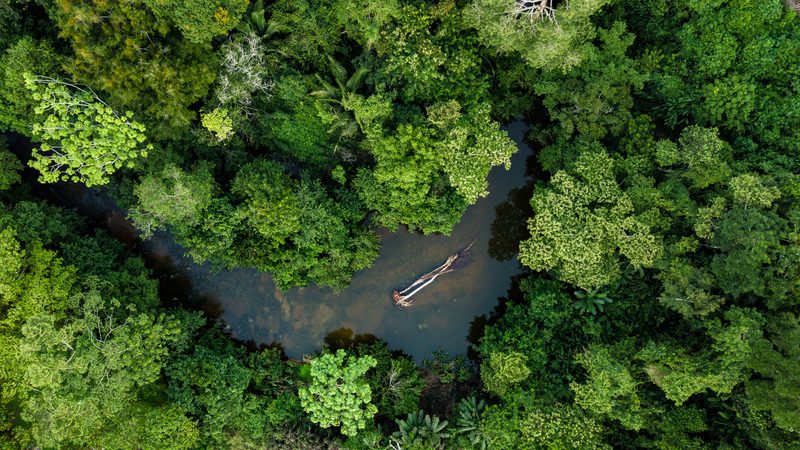 When green finance works, the results are empowering, sustainable and human-centric. But things can go wrong, and the sums involved can be vast.

A recent new dataset suggests that global banks have injected some USD 37.7 billion into mining companies linked with both forest destruction and human rights violations.

The World Forests & Finance Coalition, Walhi, and MAM have launched a preliminary dataset revealing the financial flows to several forest-risk mining companies that operate in the world’s three largest tropical forest basins. Banks from Canada, the United States, and Japan are among the largest financiers of mining companies in the tropics.

Since 2016, claim the researchers, banks have provided USD 37.7 billion in credit to 24 small to large mining companies at risk of causing forest destruction, water contamination, and human rights violations across three tropical regions.

The top five financiers are Citigroup, BNP Paribas, SMBC Group, MUFG, and Standard Chartered. Of all credit provided in this period, 43 per cent went to companies in Southeast Asia (USD 16.1 billion), while Central & West Africa and Latin America both received USD 10.8 billion.

This new dataset follows the launch of a recent report by the Association of Indigenous Peoples of Brazil (APIB) and Forests & Finance Coalition member Amazon Watch, which exposed how mining companies and international investors are driving indigenous rights violations and threatening the future of the Amazon ecosystem.

As of the end of January 2022, investors held USD 61 billion in shares and bonds issued by the 24 mining companies. More than half of this amount (55 per cent) was invested in operations in Latin America, 26 per cent in Southeast Asia, and 19 per cent in Central and West Africa. The top five largest investors are Capital Group, BlackRock, Vanguard, Previ, and Bradesco.

The researchers say industrial mining activities can cause major socio-environmental impacts globally, claiming the sector is a significant driver of deforestation in tropical regions where it contaminates rivers and often leaves a trail of disasters and human rights violations in its wake.

Examples, the researchers claim, include companies like Vale, one of the largest mining companies in the world, headquartered in Brazil, where it accumulates conflicts with indigenous peoples and traditional communities in the Amazon.

They say it has also been involved in two of Brazil’s largest mining accidents: the rupture of the dams of Mariana and Brumadinho, which killed hundreds, flooded a village, and contaminated the rivers Rio Doce and Paraopeba.

“A compilation of data of this size only reinforces the purpose of our daily struggle in the territories,” says Charles Trocate, from the National Board of the Movement for Popular Sovereignty in Mineração, MAM.

“It is necessary for society to know who is behind the onslaught of mineral capital in our country. Above all, society must have access to investment data, to understand who finances this activity, taking it to an uncontrollable level and generating ‘ore-dependency’.

Ana Paula Vargas, Brazil Program Director at Amazon Watch, argues there must be a general understanding that rainforest areas should not be available for mineral exploration, because of their importance in combating climate change.

“The same goes for indigenous lands, traditional territories, and conservation units. This understanding must come from the government, but also from the companies and from the financial corporations that invest in them.”

In other examples cited by the researchers, Freeport McMoRan operates one of the world’s largest gold and copper mines in Papua, Indonesia, where it has caused widespread contamination of natural water systems. The company has also been criticised for fuelling armed conflicts in the Mimika Regency, resulting in large-scale environmental degradation and multiple human rights violations.

“Freeport is a picture of wounds for Papuans. Freeport’s operations in Papua not only caused economic losses, but have also destroyed sources of life and the environment, and eliminated the values of life and culture that have been highly respected both by Papuans and Indonesians,” said Hadi Jatmiko, Head of the Campaign Division of Walhi.

And in the DRC, Glencore operates the largest cobalt-producing mine in the world. Recent reports reveal poor working conditions at the mine and highlight a history of polluting the surrounding air and the soil. Its due diligence processes on human rights and the environment were found to be incomplete, say researchers.

“We are publishing this dataset to increase the transparency about which financial institutions are supporting mining companies that can cause social and environmental impacts. It’s a tool for civil society to hold financiers and investors accountable for the impacts they finance,” said Merel van der Mark, Coordinator of the Forests & Finance Coalition.

Capital Group and Blackrock were the two largest investors by a huge margin, holding $9.6 billion and $8.1 billion respectively in bonds and shares as of February 2022. The credit data covers the period of 2016 to 2021 (April, July and November depending upon data available for each company) and the investor data is per January 2022.

Whilst Future Business cannot independently verify the accuracy of the data, if correct it hints that global environmental and social governance (ESG), due diligence and reporting may be failing on a huge scale.

The researchers make a number of recommendations to clean up the damage; saying investors and firms must adopt and implement policies and due diligence procedures that prohibit deforestation and require companies to respect human rights and the rights of local and indigenous communities.

Policies should include concrete expectations from companies, a public time-bound action plan with verifiable targets, plus the publication of progress reports and penalties if requirements are not fulfilled.

They say corporates must publish an engagement strategy for mining companies that are linked to deforestation and the violation of rights. This should include critical questions to be asked regarding the company’s management of social and environmental risks.

The researchers say they seek to improve financial sector transparency, policies, systems, and regulations to prevent financial institutions from facilitating systemic adverse ESG impacts that are all too common in the operations of many forest-risk commodity sector companies.

The scale of money involved is breath-taking. $153.9BN of credit in USD has been provided to forest-risk commodity companies in the three tropical forests regions since the Paris Climate Agreement. Eight of the top 15 banks providing finance to the forest-risk sector are signatories to the UN’s Principles for Responsible Banking.

How Does it Happen?

Often, commentators express confusion at how due diligence and ESG continue to fail in developing countries with vast forestry resources. These could make serious money for developing people and protect the world’s climate if correctly managed.

The answer, often, lies in corruption. Put simply, developing governments do not always operate to transparent standards. Deep in global rainforest, talk is cheap and backhanders are common. Life is hard, work is scarce and local people have little voice in the actions or behaviours of the huge corporates that move in.

Things are changing, and much work is being done to improve the balance between corporate action and the world’s forest resources. But it appears, from this dataset at least, that a ramping up of both scale and responsibility is needed.