How to Make Your Sustainability Initiatives Work 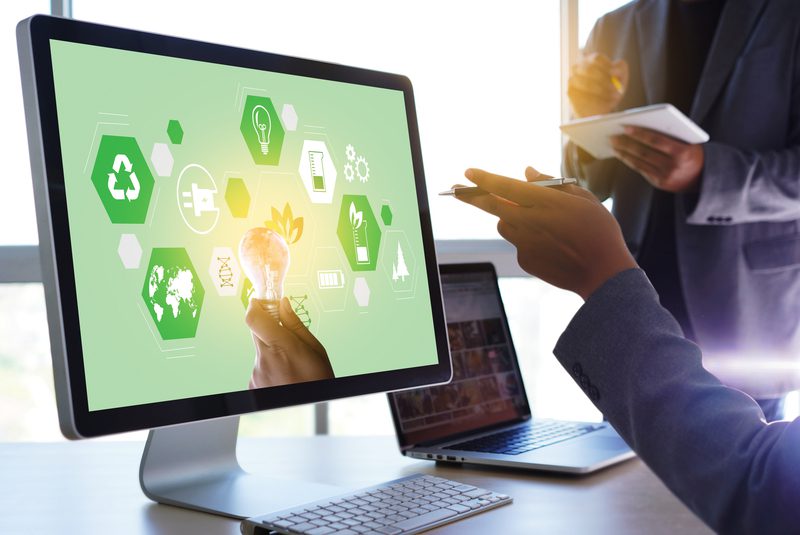 If you are struggling to make your sustainability initiatives really work, a new three-point guide from Kyocera could help.

A whole host of businesses are, throughout 2022, seeking to achieve a carbon negative business model.

Yet while many have thoughts surrounding the initial steps, fewer are certain on definitive plans, especially amongst the SME sector. Hence, it’s important to work on a focused strategy to make these green ambitions a reality.

Martin Fairman is Sales & Marketing Director for Kyocera Document Solutions UK, and he is working to embed sustainability deeply. He believes today’s companies need to be going further than simply offsetting.

To achieve the best sustainability practice, he believes it’s essential to examine a company’s business operations across three areas; establishing wastage and offsetting, to focus on digitisation and automation and to maximise hybrid working.

“Sustainability has been on the agenda of many a business leader in recent years and continues to occupy a prominent place in the news schedule. While the will to make positive change is a good first step, it’s important to work out how to make these green ambitions a reality.

“Offsetting is important but going even further is better. Carbon offsetting has become a straightforward, viable and economical way of reducing an organisation’s environmental impact. By embracing offsetting projects such as creating new green spaces by or developing renewable energy facilities around the world, our carbon footprint can be majorly reduced.

“However, organisations should be taking a step further and moving towards becoming carbon negative. This means combining offsetting initiatives with additional efforts to become even more sustainable across every aspect of your business.

“The ultimate aim is to reach a position where your organisation removes more carbon from the atmosphere than it emits. It’s an aspirational goal and one that we’re still a long way away from achieving, but there are several ways that make it possible.”

“A good first initiative for any business aiming to become carbon negative is to conduct a thorough examination of the company’s business practices and establish where energy usage and waste can be reduced.

“This includes areas such as energy efficient lighting, heating in office spaces, electrical appliances and a commitment to products such as sustainable printer inks, devices made from recyclable materials and a switch to paperless processes.

“While the above measures are imperative, it’s also important to consider more subtle changes such as increased digitisation and automation of key internal processes.

“For example, through the automation of tasks such as invoicing, organisations can drastically cut down paper usage while enhancing staff efficiency. When it comes to sustainability, even the smallest change can make a huge difference.”

“Hybrid working seems set to become a permanent fixture for many office-based workers. Making the most of this is another step to take when moving towards carbon negative status.

“A 2021 report discovered that transportation, of which the daily commute is a major part, produced the equivalent of 122 million tonnes of carbon dioxide in the UK in 2019, representing around 27 per cent of the country’s total greenhouse gas emissions.

“In simple terms, a reduction in travel, particularly by car, has been instrumental in driving these numbers down in the last couple of years. Continue giving employees the right to hybrid working, and businesses will reap the sustainability rewards for the foreseeable future.”

“Taking sustainability initiatives to the next level requires significant work and long-term commitment, but by taking on the challenge with enthusiasm and determination, there’s every reason to be optimistic. Think beyond established practices such as offsetting, and carbon negative can be an achievable ambition.”

Kyocera does appear to be walking the walk on its promises. The company purifies water used in its factories so that it’s cleaner when finished with than the water in the public water supply and works hard to make its factories and offices green, with rooftop solar power systems and green curtains planted to grow over windows and outer walls, helping reduce energy consumption.

Its new toner ‘fuses’ on the page and prints at a lower temperature, reducing printer power consumption by up to half, while it has also launched a free-of-charge direct collection scheme of toner cassettes for thermal recycling for Kyocera clients across Europe.

Sustainability is hugely complex, but the Kyocera message appears simple; audit internal processes and look for the simplest wins you can. Something like hybrid working, which has largely been forced upon the global business sector, could now be a sustainable solution you can run with that’s already largely in place.

Look for the easy options; and embed them promptly.