Space Opportunities – Movement in the Heavens 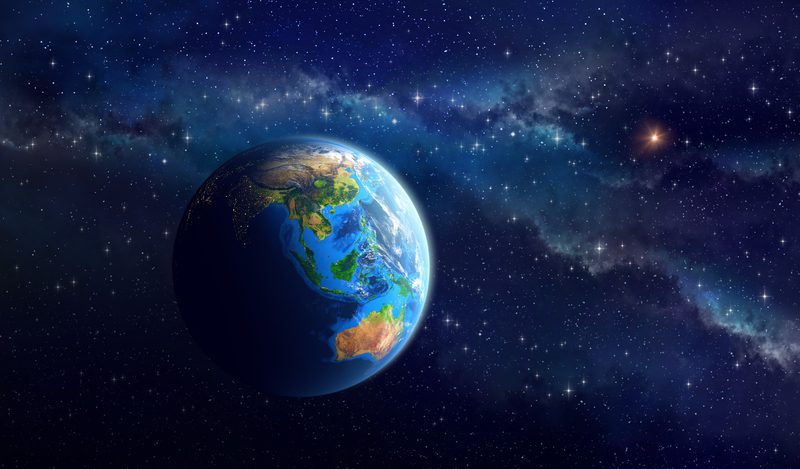 Space offers myriad opportunities for business leadership. But, as with the Earth, we must ensure we look after this vast expanse properly.

Space exploration offers uncharted territory and scope, both for businesses and humanity as a whole. Innovation and new technologies are ripe in the sector, and glimpsing beyond our atmosphere may provide precious wins over the coming years.

Space urgently needs special legal protection similar to that given to land, sea and atmosphere to protect its fragile environment, a new study researched at The University of Edinburgh argues.

An influx of space debris in orbital space, around 100 kilometres above the earth’s surface caused by the rapid growth of so-called satellite mega-constellations is endangering this precious ecosystem, researchers say.

The installation of these huge clusters of hardware, some with up to tens of thousands of satellites delivering broadband to Earth, are congesting space and rocket launches are also polluting the atmosphere.

Pieces of broken satellites, which travel at enormous speeds through orbital space threaten working satellites in their path.

All this, self-evidently, could be a potential major challenge to both space exploration, materials innovation and business opportunities.

It also appears that streaks from satellite flares, which cause light pollution, are increasingly disrupting research. The giant Vera C. Rubin Observatory in Chile, which aims to carry out a ten year Legacy Survey of Space and Time, will be badly affected, for example.

The research argues space is an important environment for all professional astronomers, amateur stargazers and indigenous peoples and the scientific, economic and cultural benefits of space should be carefully considered against these damaging environmental impacts. Business should be added to this list of vested interests.

The research is connected to a legal case currently before the US Court of Appeal, which will set an important precedent in the growing campaign for space environmentalism.

Addressing these issues requires a holistic approach that treats orbital space as part of the environment and worthy of environmental protection, at national and international levels, experts say. The researchers urge policymakers to consider the environmental impacts of all aspects of satellite constellations – including their launch, operation and de-orbit – and to work collaboratively to create a shared, ethical, sustainable approach to space.

Professor Andy Lawrence, Regius Professor of Astronomy, University of Edinburgh Institute for Astronomy and lead author, said: “We are standing on a watershed in history. We can cheaply launch huge numbers of satellites and use them to the benefit of life on Earth – but this comes at a cost. As well as damaging stargazing, the space industry may be shooting itself in the foot.”

Professor Lawrence brought these issues to popular attention in his book, Losing The Sky. The publication led to him writing an expert witness statement for the legal case currently before the US Court of Appeal which argued that US environmental regulations should apply to space launch licensing.

Professor Moriba Jah, co-author and Associate Professor of Aerospace Engineering and Engineering Mechanics at The University of Texas at Austin, said: “We believe that all things are interconnected and that we must embrace stewardship as if our lives depended on it. Traditional ecological knowledge holds a key to solving this wicked problem.

“The largest challenge we have is in recruiting empathy and compassion toward solving these environmental crises. If we can find innovative ways to enable the general public to project themselves into this dire condition, and feel concern to address it, the earth, and all of the lives she sustains, wins.”

Professor Jah recently co-founded the start-up, Privateer Space together with Apple co-founder Steve Wozniak and CEO of Ripcord, Alex Fielding. The company takes a novel approach to mapping the objects in orbit accurately, in near real-time, to enable the sustainable use of space by a growing number of operators.

Dr Meredith Rawls, co-author and researcher at the University of Washington, said: “Rubin Observatory will be one of the most severely impacted astronomy facilities by large numbers of bright satellites due to its large mirror and wide field of view — the same characteristics that make it such a remarkable engine for discovery. I care a lot about how satellite streaks affect science, but the case for dark and quiet skies is much larger than that.

“We need all hands on deck to address the rapidly changing satellite situation if we can hope to co-create a future with dark and quiet skies for everyone.”

To get into space, innovation is essential. Recently, Tiverton-based textile manufacturer Heathcoat Fabrics has been recognised with a prestigious Queen’s Award for Enterprise for Innovation.

The company has developed a parachute fabric that is making big waves in space, including delivery of NASA’s Perseverance Rover onto the surface of Mars in February 2021. Heathcoat Fabrics is among a list of 51 companies who have received the innovation award.

The technology has opened the door for other niche space exploration projects, including returning cargo and astronauts from the International Space Station and ensuring the safe splashdown of a capsule containing the first all-civilian team to orbit the Earth.

Heathcoat Fabric’s managing director, Cameron Harvie, says the fabric was designed to meet the strictest criteria for space exploration. Innovation underpins the technical textiles that Heathcoat develops, with new opportunities frequently emerging in niche markets where needs are not met by existing methods and products.

“We make hundreds of different fabrics for many markets, from apparel to automotive components. We have been a pioneer in manufacturing parachute fabrics since the 1930s. When we met NASA at a symposium in 2015, they saw the potential of a new fabric we had developed and we began trials a year later.

“NASA’s standards have been challenging to say the least. The fabric needed to be twice the strength of standard fabric, within a tight air-permeability window and able to withstand extended heat treatment. The fabric underwent a series of wind tunnel, land-based mortar and sounding rocket tests after which the fabric was selected and used for the successful Mars mission. The fabric even needed to be baked before any rocket was launched, to avoid sending bacteria or micro-organisms to another planet.

Harvie explains the nature of the yarn is difficult to weave and finish, and it needs to be perfect. “There is no second chance opportunity on landing a multi-million dollar space probe. From our investment in high quality looms to the chemistry developed to give the fabric its specific properties, this has been a huge task over a number of years.”

Heathcoat is also working across recycled and sustainable textiles, including textiles forming the outer skin of commercial vehicles, knitted fabrics made from recycled marine plastics, combining post-consumer waste and coffee grounds in deodorising yarn, and formaldehyde-free dress net made from pre-consumer nylon and polyester.

Further, the company is developing solutions for hydrogen regeneration by producing textiles to be used in Alkaline Water Electrolysis systems, actively supplying into the hydrogen economy (decarbonising economic sectors which are hard to electrify) across the globe including in space exploration.

But intriguingly, there is more to exploring space than just innovation. Ensuring business and human futures there also demands regulation, care and consent.

Corporate leadership across space and innovation shares so much with environmental concerns back here on Earth.

Essentially, the issue is one of corporate stewardship. Innovation into space, and the materials and products to get us there is a massive business and human opportunity. But to maximise this, the legacy exploitative approach companies have used towards Earth’s resources needs altering.

Satellites simply cannot be left to rot in space. Junk cannot be discarded any more wantonly in space than it ought to be on the streets of our cities. It would be a true shame to minimise the opportunities of space through failing to protect its potential properly.

What’s fascinating is that the business leadership here isn’t just about the most wonderful new technologies. It’s about using very basic thought processes to make sure they have room to leave the atmosphere in the first place.

SEE ALSO: The Pros and Cons of Drop Shipping
Share: