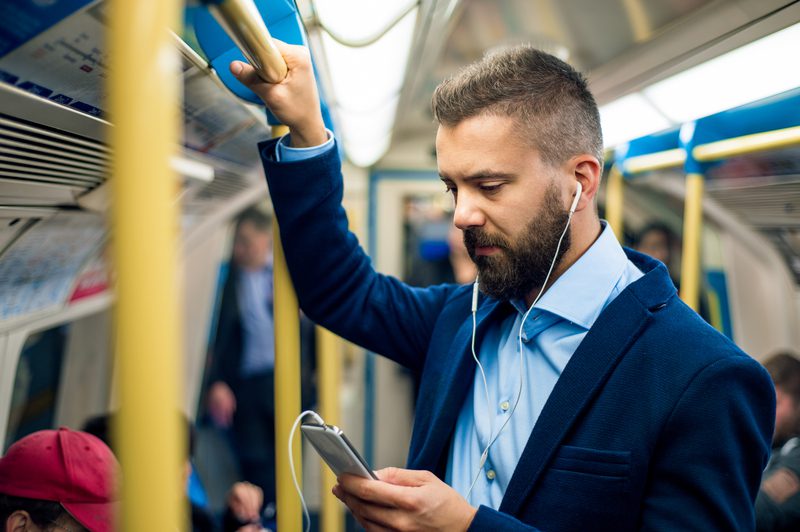 According to a recent report from the Future of Work Institute (FoWI), bosses are increasingly looking to ditch full-time staff in favour of ‘gig’ workers who can complete on-call assignments. Dose this mean businesses are causing the decline of the 9 to 5?

Even before the pandemic, the Independent reported that a study found that 57 per cent of people stated that they’d rather start work before 9am and end before 5pm, with 48 per cent saying that they’d prefer to have longer working hours in exchange for a shorter working week. On top of that, approximately two thirds of those polled said that they’d feel more inclined to remain at a job that allowed them to work more flexibly. The study was carried out in July and August by YouGov in order to gain a greater understanding of the most appealing aspects of jobs for full-time UK workers.

Jack Kelly wrote an article for Forbes in 2021 under the headline “Working 9-To-5 Is An Antiquated Relic From The Past And Should Be Stopped Right Now”. Inside the article, he says that “the standard 9-to-5 workweek is now up for change. The pandemic-induced, remote-work, year-and-a-half experiment has proven to be an undisputed success. Corporations, such as Amazon, Apple, Microsoft, Facebook and Google, saw record profits. The stock market has hit all-time highs. Studies show that employees worked longer hours way into the night and during weekends. Their productivity was – without question – phenomenal.”

To understand the endurance of the nine-to-five, you can trace a variation of it to Henry Ford and the American labour unions of the 1800s. At the time, there was no limit to what employers could demand of employees, meaning 12-hour shifts (or longer) were not unusual. But something had to give, and thanks to worker riots and a lot of protesting, the Ford Motor Company instituted a more reasonable five-day workweek consisting of eight-hour workdays. The explosion of productivity and profitability that followed helped the model stick, and the nine-to-five has since remained the standard across most of North America and the Western world.

With the decline of manufacturing, the rise of women in the workplace, and, more recently, the acceleration of new technology, it has become less necessary for everyone to work the same eight-hour shift. Indeed, with much work now email-based and most companies using cloud computing, it’s infinitely easier for employees to perform tasks at all hours of the day, without the need for a physical office. In other words, employers have begun to realise that simply working for eight hours straight does not guarantee productivity.

With the nine-to-five quickly becoming obsolete, many alternatives have popped up to meet the changing demands of the modern workplace. These include ad hoc remote days, flexible working hours, summer hours, job-sharing, full-time remote work, a compressed workweek, and even compressed days. Of these many alternatives, flexible work hours and telecommuting are by far the most popular.

Just as the name suggests, flexible work hours (also known as “flexitime”) are flexible. This means that employees are allowed to deviate from the traditional nine-to-five, Monday to Friday work schedule. In other words, employees can customize their schedule to fit their specific needs. This could mean starting work early and leaving early, starting later in the day and leaving late, or even working on different days of the week. According to The Conference Board of Canada, this is the most common type of flexible working arrangement in Canada.

Telecommuting is when someone does their job outside their company’s office. Also known as teleworking, telecommuting differs from freelancing. As a freelancer, you’re an independent worker and can pick your own hours. A teleworker, on the other hand, is employed by one company, but does the actual work elsewhere.

The Benefits for Employers

However, flexible working arrangements are not just beneficial for employees. Employers can also benefit from:

Meeting employee demand: The next generation of workers have come to expect some degree of flexibility in the workplace and offering flexitime or telecommuting helps employers stay competitive. In the case of PwC, a survey of its Millennial employees found that a whopping 64% wanted to occasionally work from home and 66% wanted to shift their hours.

Retains top talent: By adapting to the changing needs of employees, employers can prevent them from leaving for other job opportunities that offer more flexibility.

Tech-first: Allowing employees to work remotely employers will be more likely to make use of the latest technology to keep teams better connected and on top of their responsibilities.

The Benefits for Employees

Whether it is flexitime or telecommuting, there are a number of benefits that employees can gain from the ability to choose a more flexible schedule, including:

Enhanced efficiency: By scheduling their work around the hours they’re most productive, employees can execute tasks more effectively and produce higher quality work. In fact, a study by Stanford University found that employees were 13.5% more productive when working from home.

No distractions: When common office distractions such as noise, lengthy meetings, and chit-chat are removed, employees are able to stay fully present and better concentrate on the tasks at hand.

Better health: Without the pressure to be in the office for eight hours at a time, five days a week, employees are better able to deal with physical and mental health concerns.

Better time management: By helping employees reduce or eliminate their daily commute (potentially several hours out of each day), more time is free to spend on task completion and meeting deadlines.

Enhanced engagement: With the extra time and energy that comes from flexing their hours, employees can engage more fully with their work.

A real work-life balance: By giving employees more time to tackle the responsibilities and demands of their personal lives, they’ll be more dedicated and productive in their professional lives.

According to analysts PwC, for employees looking for new opportunities, schedule flexibility now comes above expanded benefits and compensation as top incentives. A report says: “Companies on hiring sprees are refining employee value propositions, focusing above all on corporate purpose and leadership. While those are important, they should expect candidates to negotiate hard for what they now see as table stakes: competitive packages and perks coupled with flexibility and expanded benefits such as career growth and upskilling opportunities.”

The challenge of ending the nine-to-five, PwC says, lies in changing corporate culture: “Many executives are excited to return to an in-person environment, but an all in-person workplace is no longer the norm” says the report. “The challenge for leaders: bringing out the best aspects of face-to-face teaming for all employees, whether in the office or not. A third of executives (33%) will have a mixed model, with some in-person full-time, some hybrid and some fully remote. They cite corporate culture as the biggest challenge to making hybrid work successful—36% say it’s a major challenge, and 36% say it’s moderate challenge.”

Of course remote working has its own challenges, such as cybersecurity, but PwC says that though risk leaders remain concerned about cybersecurity issues related to remote and hybrid work: “It’s a testament to the success of remote work that concerns about technology tools and cybersecurity measures have largely receded in comparison.”

SEE ALSO: Are We Too Trusting of Remote Working?