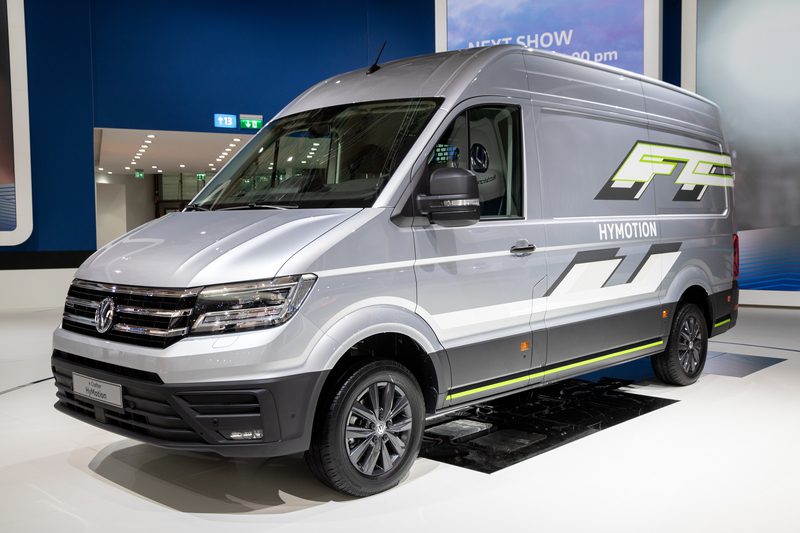 While we’re getting used to the idea of electric cars replacing petrol and diesel driven vehicles, an equally significant change will be the switch to hydrogen as a practical fuel for commercial vehicles. There are already many major companies including Volvo, Mazda and Nikola investing in hydrogen technology for their trucks, and it is only a matter of time until we see trucking fleets switching entirely to hydrogen.

Along with than transition will be the move towards autonomous commercial vehicles.

The hydrogen fuel revolution for commercial vehicles is a response to the technical challenges of producing electric heavy goods vehicles. While there are already in the works various electric Class 8 trucks (those with a GVWR or Gross Vehicle Weight Rating of over 33,001lb), such as the Tesla Semi, electric semis have a big problem to overcome, that of range and battery weight. In order to supply the power and distance a large semi needs for a long-haul trip, they need large and powerful batteries. But the more powerful the battery, the more it weighs, and hence the fewer goods the truck can haul before it meets its maximum road weight. This impenetrable problem with long-haul vehicles means that electric power is more likely to find a niche with short-haul commercial vehicles.

So, hydrogen has the advantage over electricity in the long haul/heavy goods department. Some companies like Hyundai are investing heavily in this technology and are bringing hydrogen trucks to the market. Hyundai’s Xcient Fuel Cell trucks are set to hit the roads of Europe soon, and while they are expensive compared to their diesel power comparisons, they may turn out to be the shape of things to come once the infrastructure for fuelling hydrogen powered vehicles is in place.

But at the moment manufacturing hydrogen is extremely energy expensive, and most hydrogen is produced from dirty electricity sources, like coal, and so is known as “Brown Hydrogen”. This is not much of a net carbon emissions saver over using diesel. But more and more hydrogen is “green” from renewable sources. A golden opportunity is emerging around the world as more and more solar energy plants are installed. Solar power supplies too much electricity in the middle of the day, and without adequate storage facilities can often be dumped. But hydrogen production facilities can look at utilising cheap ‘green’ electricity, with massive hydrogen projects already are being planned in America and in Australia.

Even the most assured soothsayers can’t predict with any accuracy how quickly the hydrogen fuel market will develop, but according to a study by consultancy Berylls Strategy Advisors, in 2030 25 percent of new truck sales in Europe will be electric and 10 percent powered by hydrogen.

But the study also notes that if (as is very possible) green hydrogen production is scaled up and prices come down, the percentage of commercial vehicles using hydrogen may be a lot higher. Most analysts underestimated the explosive growth of electric vehicles we are seeing now, so it’s possible that hydrogen may take off the same way in the commercial industry.

The issue is when we will reach the tipping point we are approaching now for electric cars, where the lifecycle cost may actually be cheaper than that of petrol or diesel vehicles. At the moment, analysts suggest that this may be reached for hydrogen powered commercial vehicles in 2028. One major influencing factor is whether governmental policy will speed up the transition to hydrogen powered commercial vehicles, as it has done with electric cars.

Currently, Nikola, Hyundai, and Iveco are all planning to have hydrogen-fuelled trucks on the road by 2023. At the same time, Volvo and Daimler (the parent company of Mercedes) are planning to launch theirs just two years later.

While this is a big problem facing scores of new technologies (think of the first phones and the internet), it is not insurmountable. This problem is likely to be overcome by focusing on major trucking routes first and expanding from there.

Meanwhile, hydrogen is likely to make its initial impact in areas where infrastructure is not so crucial, such as in mining applications. Massive mining trucks weighing 220 tonnes, which get through 134 litres of diesel every hour, are being retrofitted with hydrogen power by Anglo America in Limpopo, South Africa, at the firm’s Mogalakwena platinum mine. The design will be hybrid, with a hydrogen fuel cell providing roughly half the power and a battery pack the other half. The normal diesel fuel tank will be replaced by hydrogen, which enters a fuel cell and mixes with oxygen in a chemical reaction catalysed by platinum, which generates the electricity needed to power the motors that drive the wheels. The only by-product is water vapour, so Anglo says that the design has the potential to reduce on-site diesel emissions by up to 80 percent. The company says that by extending this technology across its entire global truck fleet, it will be taking the equivalent of half a million diesel cars off the road.

So while hydrogen power may not be taking over the roads yet, it is already making headway in commercial applications which are less immediately visible. Once the technology is refined, hydrogen could match the way electric cars are revolutionising transportation.

Ten years ago, it was unthinkable that electric vehicles could have developed to the stage they have today. Now their development has prompted governments around the world to eliminate the internal combustion engine, and the sale of new petrol or diesel cars will be banned in the UK from 2030. That progress is likely only to accelerate. Hydrogen fuel is perhaps around 10 years behind that of electric cars, but it is coming, driven by its huge green potential.

It is likely that in our lifetimes we will see hydrogen-powered trucks on the roads, and in a decade or so they are likely to be aggressively replacing the diesel fleets in heavy goods long haul.

New Year's Resolutions to Make Your Company More Sustainable
Five Business Trends to Prepare for in 2023
How Does Every Country in the 2022 World Cup Rank on the Social Progress Index?
Qatar: How Much Social Progress is the Country Really Making?
Is Hydrogen Set to Be the Fuel of the Future?
Visions of the Future for Global Technology Governance