Is Hydrogen Set to Be the Fuel of the Future? 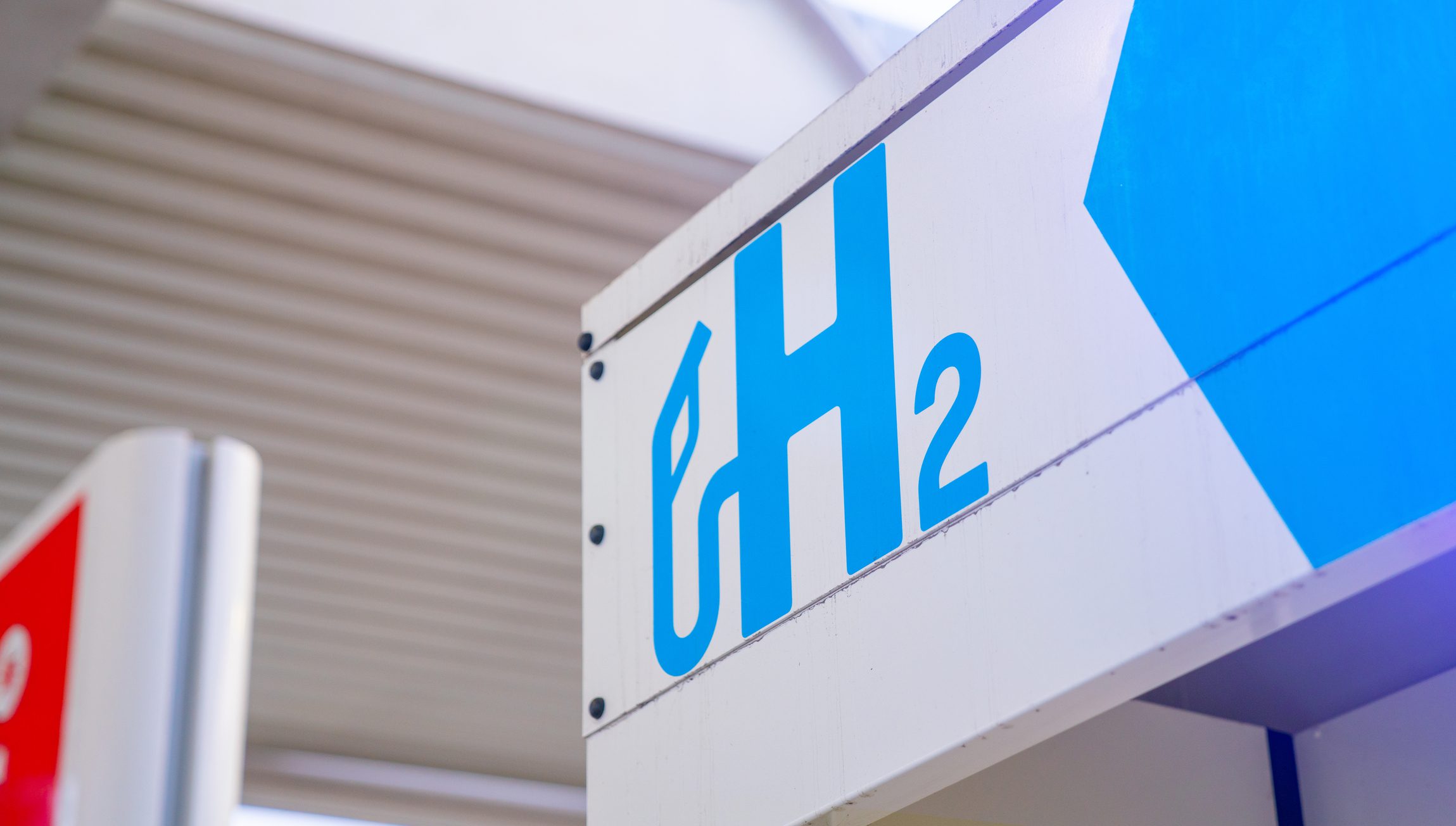 Many energy specialists are seriously considering hydrogen as a distinct possibility as a replacement for fossil fuels. Nor is it just a vague idea – investment in hydrogen projects is rising rapidly and vehicles have already been developed that can run on hydrogen fuel. So could hydrogen set to be the fuel of the future?

Abu Dhabi has already focused on hydrogen energy as the way forward. The Abu Dhabi National Oil Company (ADNOC), ADQ, and Mubadala Investment Company have set up an Abu Dhabi Hydrogen Alliance. The aim is to establish Abu Dhabi as a key producer of both green and blue hydrogen, supplying customers worldwide. The Alliance will also build a substantial green hydrogen economy throughout the UAE. ADNOC already produces around 300,000 tons of hydrogen each year, and intends to expand this figure rapidly.

Toyota is already producing Mirai cars capable of driving 300 miles using fuel from one 11 lb hydrogen tank. In action, these hydrogen cars compare favourably with both electric and conventional petrol versions. Hydrogen powered vehicles are virtually silent when in use, and the only by-product is water. Recharging the batteries takes only minutes compared to the amount of time needed to recharge electric cars. Toyota is currently investing over $13.5 million in producing hydrogen batteries and plans to have 15 hydrogen powered car models available by 2025.

Hydrogen powered trains have been used in Germany since September 2018, and India has begun retrofitting diesel trains to enable them to run on hydrogen. The Indian Ministry of Railways indicates that using hydrogen fuel cells will result in savings of Rs2.3 crore every year.

Turning to the sky, the first plane powered by hydrogen fuel made its maiden flight in 2020. ZeroAvia retrofitted a six-seater plane. In 2012, a hydrogen powered drone known as Phantom Eye flew several high altitude, long endurance flights.  The final flight involved nine hours at 54,000 ft. It was only lack of funding that led to the project being grounded.

Given the problems caused by the slow roll out of charging stations for electric vehicles, it is no surprise that proponents of hydrogen fuel have begun tackling the infrastructure issue. One of the biggest hydrogen transport infrastructure initiatives is taking place in Northern Europe, involving the governments of Germany, Denmark, Sweden and Norway. It is creating a massive network of hydrogen fuelling stations along major highways between Hamburg and Oslo.

In China, Sinopec Corporation has set up a subsidiary designed to build a hydrogen infrastructure and manage hydrogen refuelling stations. As part of its remit, Sinopec will organise storage facilities and pipeline transportation for this low carbon fuel. Sinopec is the country’s second largest oil and gas company.

The concept of hydrogen as a fuel is nothing new. Back in the 1950’s both the US and USSR explored liquid hydrogen as a way to fuel aircraft. America trialled the Lockheed CL-400 Suntan for use as a spy plane which was powered by liquid hydrogen (hydrogen cooled down to temperatures of around -423°F (-253C). The designers never fully overcame two problems – range due to the fact that liquid hydrogen requires considerable storage space, and a suitable fuelling infrastructure. Now a new generation of engineers is taking on the challenge, spurred on by the potential of a fuel offering zero carbon emissions.

The current energy problems combined with the droughts and excessive summer heat have again illustrated the sheer scale of the problem posed by climate change. The need to do something about it is forcing people to search for more environmentally friendly alternatives. Hydrogen has become one of the most popular options, and has progressed well beyond the experiment phase.

Since hydrogen can actually be created, using hydrogen doesn’t involve using irreplaceable fossil fuels. At present, the most common methods involve either ‘green’ or ‘blue’ hydrogen. ‘Green’ hydrogen is created out of wind-power and/or solar energy, while ‘blue’ energy involves a system of steam and water electrolysis. By far the most common method being utilised worldwide involves blue energy, with producers building large scale production systems from Canada to Japan.

Issues of drought and water restrictions may cause problems in the future for blue hydrogen. Cornel University researchers have also pointed out that current assumptions as to the expected potential carbon dioxide reductions may be too optimistic since there has been no data provided to support suggested figures.

Despite this, hydrogen is still seen as a potential saviour for the energy crisis facing the world. Considerable attention is being paid to ways of improving methods of producing hydrogen fuel with scientists coming up with ever more ingenious ways.

Green energy from solar power has attracted particular attention from researchers. At Zurich University, scientists are exploring a method using syngas made from sunlight, CO2 and oxygen to create a solar kerosene jet fuel. Over in California, a massive complex of mirrors linked by artificial intelligence are being used to develop a sunlight refinery. The concept has been created by Heliogen, a renewable energy startup as art of a collaboration with Bloom Energy. Bill Gross, founder and CEO of Heliogen explains how it works. The mirrors act like a large, computer controlled magnifying glass. The light is reflected to the top of the Sunlight Refinery tower turning it into hot air, which is stored in rocks below ground for later use.”

In India, Bloom Energy is pioneering the world’s first hydrogen based energy storage system. Located adjacent to a solar farm, the hydrogen is generated via solar electricity powering a solid oxide, high temperature electrolyser. If this 24 hour pilot scheme providing continual energy generation proves as successful as anticipated, the intention is to create a network of large scale, off grid hydrogen energy storage and micro grid projects throughout the country.

Researchers are also investigating other methods of producing hydrogen. Gasses from biomass are one such option under investigation. In Lausanne, Professor Hubert Girault and his team based at the EPFL (Swiss Federal Institute of Technology) has devised a system in which hydrogen is produced using flashlight pyrolysis using a Zenon lamp.

Basically, this is a system in which the lamp becomes a high power energy source, releasing short pulses of energy which in turn create photo-thermal chemical reactions on a variety of biomass materials such as banana skins, corn cobs, coconut shells and orange peel. All the biomass materials had previously been dried and ground to a fine powder. It only takes a few seconds after the Zenon lamp had been switched for the biomass to be turned into hydrogen and biochar. The researchers say that one kilogram of dried biomass generated 100 litres of hydrogen energy, together with 330 grams of biochar which could be used for fertiliser or for the manufacture of conductive electrodes thus ensuring 100% circularity with no unwanted materials left for disposal.

Top Five Industries Expected to Boom in 2023
New Year's Resolutions to Make Your Company More Sustainable
Five Business Trends to Prepare for in 2023
How Does Every Country in the 2022 World Cup Rank on the Social Progress Index?
Qatar: How Much Social Progress is the Country Really Making?
Visions of the Future for Global Technology Governance