IFAD and the Finance Key to Growing Global Business 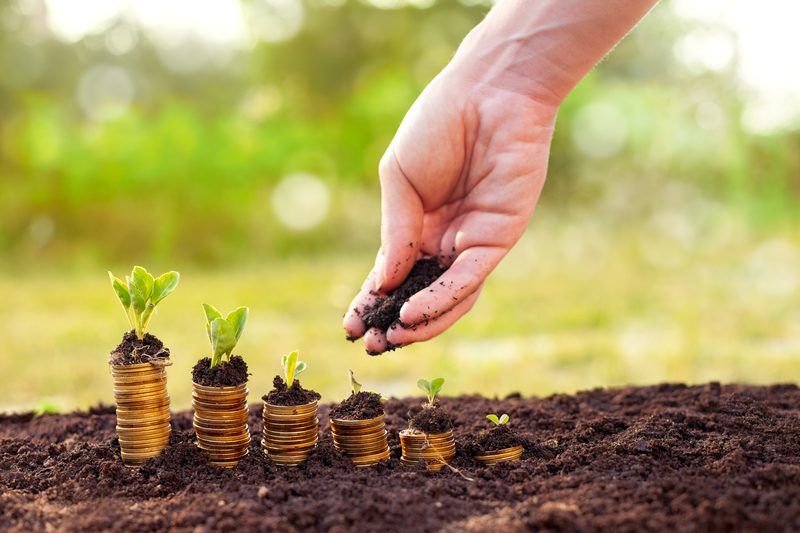 Bonds and securities are an established way to develop nascent business and help them grow into a global business and get new opportunities on the map. But they aren’t always so well embedded within the sustainability sector. This may be about to change; The International Fund for Agricultural Development (IFAD) has issued its first sustainable development bond with Folksam, a leading insurance and pension fund in Sweden investing in a US$100 million deal.

The entry to capital markets hopefully signals IFAD’s increased investment in food security, rural development and economic growth at a time when the war in Ukraine is pushing global food, fertiliser and energy prices to record levels, potentially putting millions more rural people at risk of falling into hunger and poverty.

It’s an ideal opportunity for corporates and finance to contribute to sustainability in all its guises across a vexed geopolitical scenario. IFAD is the first United Nations Fund and the only UN body and specialised agency other than the World Bank Group to enter capital markets, following the completion of its credit rating process in 2021 which resulted in a AA+ rating from both Standard & Poor’s and Fitch.

“This inaugural transaction is a key milestone for IFAD and an opportunity to significantly step up its financing to build the resilience of rural populations,” said Katherine Meighan, IFAD’s General Counsel and acting Chief Financial Officer.

“We urgently need to scale up investments to ensure that rural populations who produce one third of the world’s food can continue to feed communities and offer a decent future to their children.”

IFAD says small scale farmers are vulnerable to many shocks; in particular climate change impacts, with yields affected by extreme weather events, higher temperatures and changing weather patterns. Currently one in ten people globally do not have enough to eat, while hunger has been on the rise for the last five years reaching more than 800 million people in 2020.

“The need for investment in agriculture is great. The war in Ukraine has, in addition to the suffering of the Ukrainian people, meant record high prices for energy, food and fertilisers. In addition, there is climate change, which is already affecting farmers in many parts of the world. There is therefore an imminent risk of a famine in the world’s poorer countries,” said Ylva Wessén, President and CEO of Folksam.

Christopher Flensborg, Head of Climate and Sustainable Finance at SEB, which arranged the bond transaction, said: “We are very happy to welcome IFAD to the bond market.

“Their mandate has never been more important, and it is a privilege to assist IFAD to broaden the knowledge around food challenges, solutions and security. To enable private capital to support their effort is essential and we are pleased to see that the Folksam Group takes the lead in this effort, and are looking forward to bringing additional food and agriculture related finance to the market.”

In recent years, IFAD has been exploring new funding models to empower vulnerable rural populations, meet the changing needs of developing countries which borrow from IFAD and reach its objective of doubling its impact on reducing poverty and hunger by 2030.

Funding to developing countries, people and the businesses therein is never simple. Too often developing countries end up with heavy debts to pay back or settle, but equally there is a lack of upfront money to hasten growth and the sustainable opportunities that come with it.

In addition to the new bonds, IFAD, the government of Argentina and FONPLATA Development Bank have launched a new rural development project to help smallholder farmers transition to more resilient agroecology-based production, while also taking advantage of digital technologies to improve their livelihoods and income.

The Promotion of Resilient and Sustainable Agri-food Systems for Family Farming Programme (PROSAF) will have national coverage, although it will prioritise investments in northern Argentina.

IFAD has a tendency to create rather wordy acronyms for its work, but either way the project will be executed by Argentina’s Ministry of Agriculture, Livestock and Fisheries, with a total investment of US$36.1 million ($13.1 million from IFAD, $13.3 million from FONPLATA Development Bank, $6.7 million from Argentina’s Government and a $3 million worth of contributions from beneficiaries.) That’s serious cash.

PROSAF promises to directly benefit 16,610 rural families living in poverty (around 66,000 people), with a focus on women (40 per cent of beneficiaries), youth (30 per cent) and indigenous peoples (20 per cent).

“Although Argentina is one of the biggest economies in Latin America, the pandemic has limited its capacity to recover from economic recession and the poverty rate is above 40 per cent.

“In this context, the debate on food systems has intensified, with growing demand to promote a more resilient, inclusive and sustainable agriculture,” said Marco Camagni, IFAD’s Country Director for Argentina.

“The transition to agroecology is one of the main ways to respond to this demand, and the project will enable family farmers to play a key role in this transition.”

IFAD argues that lack of opportunity in the countryside; especially for women and the young is compounded by the effects of climate change, leading to continuing depopulation of Argentina’s rural areas. This is a threat to national food security and could aggravate poverty and economic constraints.

The main problems for the project’s target population are its low resilience capacity, due to inefficient production systems with limited sustainability, the diversification and adaptation to climate change; malnutrition, particularly among the poorest groups; and limited access to markets, innovations and production support services.

PROSAF will also work in the public sector, including strengthening local, regional and national authorities’ abilities to supply qualified technical assistance. It will also facilitate dialogue spaces for the formulation of proposals for public investment schemes and policies.

It’s worth restating the massive sums of cash involved; since IFAD started operating in Argentina in the 1980s, it has invested in nine projects with a total value of nearly $408.36 million; helping more than 100,000 rural families.

It seems that Russia’s invasion of Ukraine has sparked action in the bonds market. The Official Monetary and Financial Institutions Forum (OMFIF) notes that last year, sustainable bonds represented more than 15 per cent of total new issuance in the global fixed income market and about 25 per cent of all new supply of Euro-denominated bonds.

A social inclusion bond, for example, was issued by the Council of Europe Development Bank (CEDB) in April. The proceeds of this transaction are being used to bolster CEDB’s response to the social crisis unleashed by Russia’s invasion of Ukraine and support initiatives to help refugees.

But questions marks remain. OMFIF says the green bonds market’s unquestioned achievement is that it has already mobilised over $1tn, attracting thousands of institutional investors in the process.

One of its vulnerabilities however is that the sheer range of structures and uses of proceeds has created a proliferation of labels, standards and nomenclatures. This can generate confusion among market participants, with brown and blue bonds adding further variegation to the asset class. Worse, the definitional fog has given rise to concerns that it exposes the market to greenwashing. Can the IFAD issuance lend some stability and clarity to this sector, and lead to further global good?

Companies Helping Clean the World's Most Polluted Rivers
Supply Chain Diversity and the Risks of Relying on China
Why Environmental-Friendly Regulations Are Necessary
Why Green Tech Has a Bright Future in Business and Manufacturing
How Can Your Business Gain from Levelling Up?
Business and Economic Alternatives to Carbon Emitting Processes 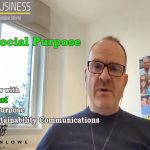