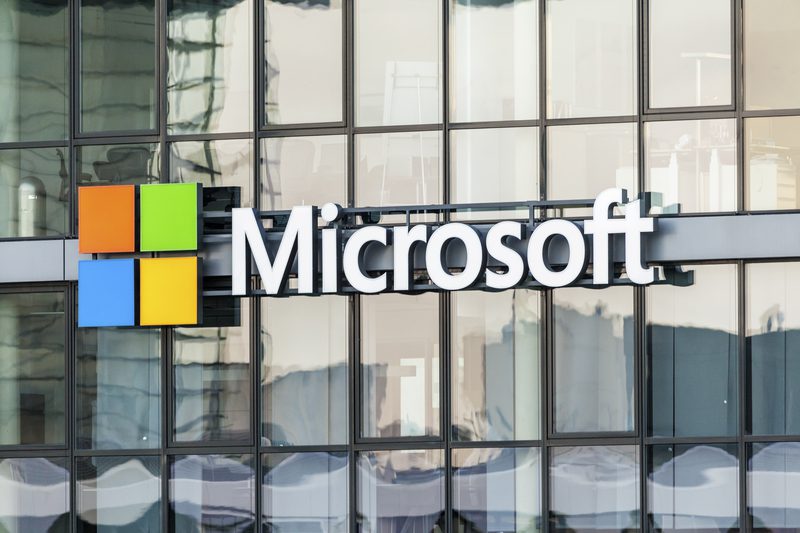 Among environmental lobbyists, the carbon offset process isn’t considered the ideal corporate approach. But with multinationals like Microsoft embracing the practice, could it be gaining traction and approval?

One and a half years ago, Microsoft CEO Satya Nadella, President Brad Smith and CFO Amy Hood announced Microsoft’s bold commitment to be carbon negative by 2030 and to remove its ‘historic’ emissions by 2050.

By any estimate it was a bold move, that for many signalled the beginning of Microsoft raising the bar on its sustainability ambitions.

In the latest salvo, partner Climeworks has announced that it will become the first supplier of long-term, technology-based carbon removal for Microsoft, as the companies sign a ten year off-take agreement. The move comes after Climeworks’ selection as part of Microsoft’s carbon removal portfolio last year.

The partners argue that long term commitments are crucial to help scale the carbon removal industry as it provides planning security to both sides and accelerates mainstream adoption. Especially in the case of direct air capture (DAC), the tech used by Climeworks, multi-year commitments strongly foster long-term financing efforts and thus not only support the scale-up of the technology, but of the whole ecosystem behind it.

That’s a similar story to much nascent corporate development across other sectors. The promise is that Climeworks will permanently remove 10,000 tonnes of CO2 emissions from the atmosphere on Microsoft’s behalf.

This second forward-looking commitment is one of the largest DAC agreements ever signed and, say the partners, proof of Microsoft’s conviction of both Climeworks’ technology and ability to scale.

“We are thrilled to sign our second carbon removal contract with Microsoft and work together in the long run. Long-term commitments like this multi-year agreement are crucial for scaling the DAC industry because the guaranteed demand catalyses financing of our infrastructure and consequently accelerates the development of the required ecosystem for scaling DAC,” says Christoph Gebald, co-founder and co-CEO of Climeworks.

“Our experience in purchasing renewable energy shows that long-term agreements can provide an essential foundation for society’s race to scale new decarbonisation technologies. Paired with Microsoft’s Climate Innovation Fund investment in Climeworks’ direct air capture plant, this agreement with Climeworks can help kickstart the commercial and technical progress in a nascent but crucial industry to achieve IPCC targets.”

DAC, for these partners at least, is key to mitigating climate change. They say the IPCC estimates that by mid-century, we will need to remove three to 12 billion tons of CO2 from the air every year in order to limit global warming to 1.5°C.

DAC is expected to contribute a significant part, with a potential of removing up to 310 billion tons of CO2 by 2100 to limit global warming to 1.5°C with no or limited overshoot.

The partners promise that one of two things happen to the Climeworks air-captured carbon dioxide: either it is returned to earth, stored safely for millions of years, or it is upcycled into climate-friendly products such as carbon-neutral fuels and materials.

Climeworks’ tech runs on clean energy, and the modular CO2 collectors can be stacked to build machines of any capacity.

For a start, it argues that the carbon removal market lacks strong, common definitions and standards. ‘We have developed and communicated our own criteria, and other corporate buyers have done the same,’ says Microsoft.

‘This means that organisations are working in isolation and tracking outcomes in different ways that can’t be compared easily. This leads not only to inefficiency but also to inconsistencies in claims.’

Here, the company is tacitly pointing to the risk of greenwash from carbon removal approaches that vary across the playing field.

Microsoft says corporate purchasers of removal should support strong voluntary standards that adhere to the clearest and latest science, and actively advocate for governmental and intergovernmental organisations to adopt a role of independent oversight of carbon removal quality.

Microsoft also notes that high-durability solutions such as carbon mineralisation and DAC are those that sequester carbon dioxide for millennia, making them effectively permanent carbon removals.

These high-durability, technology-based solutions generally do not present as high a risk of reversal as natural solutions (such as the risk of a wildfire destroying a forestry project).

But these solutions are also currently in very short supply and unaffordable for many companies, costing hundreds to thousands of dollars per tonne. For its part, Microsoft uses an internal carbon fee that it charges to its business groups to subsidise its carbon removal purchases.

That’s great if you have that scale, but even with these funds, high costs and limited supply mean that high-durability solutions make up only a small fraction of Microsoft’s current portfolio.

So, the tech has to grow, fast. And it needs to become cheaper equally quickly.

Microsoft also believes that natural solutions currently dominate the carbon removal market. They are the
most readily available, at the lowest cost, and remain the mainstay of current carbon markets.

However, they are also the most vulnerable to climate risks and human disruptions. The firm saw this first hand when a wildfire burned part of a forest carbon project from which Microsoft purchased credits in 2020.

‘As a result, we believe that corporate sustainability programmes should not pull back on investing
in nature but rather make investments with greater awareness.’

Despite its imperfections, Microsoft says it will continue to purchase nature-based removals not only because it has a volumetric commitment, but also because it wants to help jump start important market improvements.

‘We also continue to procure and invest in high-durability removals, aiming to ensure the permanence of our own purchases and to drive affordable supply.’

Basically, one of the world’s biggest companies is taking a strong approach in the carbon offset plans. They’re developing and investing in climate solutions through specifying very new tech, and growing that market through their scale and influence. It’s not a bad example of how with clout, comes the ability to lead change and markets. It will be fascinating to see how this all plays out, and whether DAC can fulfil its promise.