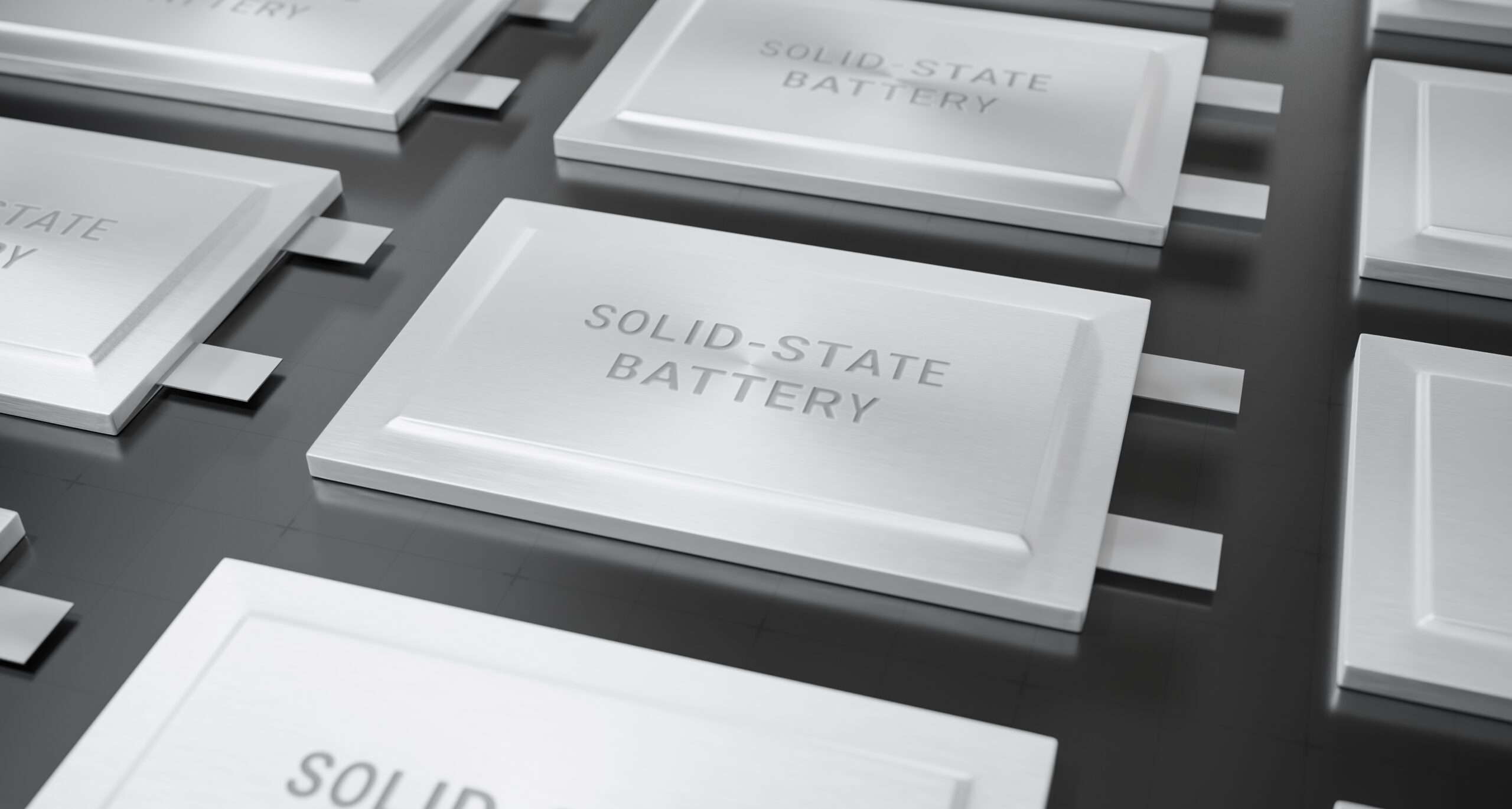 Electric vehicles take up approximately 60% of all lithium-batteries made today. The likes of Tesla employ their very own lithium-iron-phosphate (LFP) chemistry to power their vehicles. Li-ion batteries have become winners because they are cheap and are reliable performers, but over the years, questions have been raised over whether lithium-ion batteries remain an attractive option, and if they aid the global green economy.

One of the other options manufacturers have been exploring is solid-state battery technology, with experts predicting that it could be the best replacement for the lithium-ion system. According to Allied Market Research, the global solid-state battery market size was valued at only $0.5 billion in 2020 but IDTechEx predicts that it could represent a $7 billion industry by 2030. So, with this forecast in mind, what is it about solid-state technology that makes it the likely successor to lithium-ion batteries?

Despite lithium-ion constituting much of the world battery technology today, there is major concern that it may not be up to the task of carrying the future of the global green economy. These doubts mainly relate to the battery management system, ageing and production.

Lithium-ion batteries consist of liquid electrolytes, in which the main ingredient, by volume, is ethylene carbonate. Ethylene carbonate is a flammable compound and as a result the batteries are prone to overheating and raise concerns over the possibility of battery fires and toxic gassing. This can occur if the battery has too much or too little charge and can heavily affect performance, reliability, durability, and safety.

One manufacturer that has experienced this specific issue is General Motors with its Chevrolet Bolt battery recalls in 2021. According to the NHTSA, the vehicles held the potential to “catch fire even if they are turned off, parked, and disconnected from a charging unit.” Therefore, 50,932 Chevrolet Bolts from model years 2017-2019 were recalled by the automotive manufacturer.

One of the other major disadvantages that comes with lithium-ion batteries is that the lifespans are not particularly long. Not only is this time or calendar dependent, but it is also dependent upon the number of charge/discharge cycles that the battery has experienced. Essentially, they deteriorate from the moment they are first used. Five years of consistent substantial use can give rise to the battery having only 70%-90% of its original capacity.

However, Li-Ion batteries can also age at a steady pace even if not used. It is estimated that these batteries will last around 3 years or 1,000 charging cycles. The ageing issue is due to innate chemical reactions between the negative electrode and electrolyte.

Additionally, there are concerns regarding the environmental and social costs of manufacturing the batteries. One of the key concerns relate to the mining of the key elements. Cobalt is one of the primary metals found in lithium-ion batteries and the production of the batteries is straining the world’s supply of the element. According to research conducted by the Centre for Research on Multinational Corporations (SOMO) 70% of the world’s cobalt reserve comes from the Democratic Republic of Congo. This is a nation that has been condemned with reports mentioning cases of child labour, pollution and wider environmental damage affecting the local population.

Generally, the mining process of cobalt is known for having a poor record when it comes to human rights and damage to the environment, and with the rising demands, this only increases the risk of more damaging and disastrous outcomes. So, with these concerns in mind, what do solid-state batteries bring to the table as an improvement to lithium-ion batteries?

What are Solid-State Batteries?

These batteries reveal a paradigm shift in terms of technology. There are similarities between solid-state batteries and lithium-ion batteries as both generally use the same chemical reaction to store and release energy as conventional cells. However, the key difference relates to the electrolyte that is used in the process. Lithium-ion batteries use a liquid electrolyte while all solid-state batteries use a more solid compound which could be made of either glass, polymer, or ceramic. This minor exchange within the makeup of the battery produces several benefits.

The main benefit relates to battery safety. Unlike lithium-ion batteries that can overheat and cause fires in certain cases, solid-state batteries completely avoid this issue as the solid electrolytes are non-flammable when heated. Secondly, the battery can offer a longer life cycle and has a much greater energy density compared to the lithium-ion battery. JD Power states that solid-state batteries can reach an 80-percent charge within 15 minutes and incur less strain after multiple charging cycles. According to researchers at Harvard University who designed their own solid-state battery, the battery can last at least 10,000 charge cycles, and could increase the lifespan of EV vehicle batteries to 10-15 years.

Investment – When Will Solid State-Batteries Be Available?

These major benefits have put manufactures on high alert and the ambition for many is that they could commercialise their batteries by 2025. But ramping up production to the level needed for usage in EVs is recognized as an expensive venture. However, automotive companies have still placed significant investments into the technology. The likes of Ford and BMW have invested in Solid Power, a Colorado-based solid-state battery start-up. In a press conference, CEO and co-founder Doug Campbell, said: “The value proposition here is that we can step right into existing lithium-ion production facilities and utilize the exact same equipment [and] exact same processes [to] switch those lines over from yesterday’s lithium-ion to tomorrow’s solid-state.”

With several auto-makers revealing their plans to electrify their vehicles in the near future, the appeal of solid-state batteries goes without saying. IDTechEx has stated that its development has become “part of the next generation battery strategy”.

But some experts have warned that hurdles do still remain. Assistant professor of mechanical and environmental engineering at Purdue University, Rebecca Ciez, states “We’re sort of in this gray zone between fully transitioning.” However, to help reach production goals, solid-state batteries certainly remain one of the most appealing options to replace lithium-ion technology.