Who are the Biggest Offenders in the Automotive Industry? 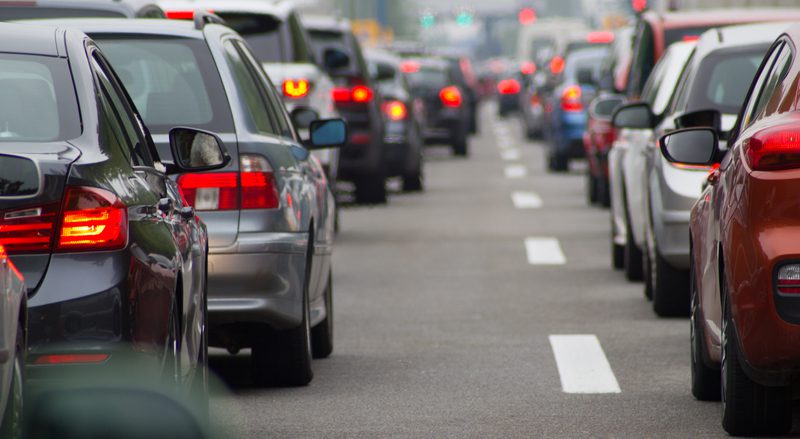 Despite increasing vigilance on the part of corporates who seek to do good, many platforms, both corporate and consumer-facing, are realising they can catalyse change through content marketing too. In one example, StockApps reports that in the US, the Honda CR-V and the Toyota Rav 4 are among the worst offenders on fuel economy standards. This might seem like an odd report to stem from a trading and investment platform, but the reason for StockApps’ interest lies in the burgeoning importance of environmental transparency to investors.

StockApps says that by 2026, all new vehicles in America must hit 40 miles per gallon (mpg) fuel economy, according to new regulations announced recently. America’s NHTSA, which enforces safety and standards, says the rules will reverse the rollback of the Trump administration’s vehicle efficiency changes.

StockApps’ analysis shows many popular US vehicles are serious offenders on fuel economy standards. The firm’s financial expert Edith Reads says, “Four out of the eight best-selling vehicles in the US in 2022 don’t meet the new 40mpg fuel economy standard. The auto industry must catch up quickly if it hopes to meet the standard in time.”

It’s all evidence of the increasingly common link between investment, green money, and how investment platforms believe they can win customers by commenting and evidencing awareness on environmental debate.

Topping the list of offending vehicles are the Nissan Rogue, Toyota RAV4, and Honda CR-V compact crossover SUVs that are just shy of the new 40mpg standard.

More worryingly, to meet the new regs, full-size pickup trucks like the Chevy Silverado, Ram 1500, and Ford F-150 will need to improve their fuel economy by 2026.

The Chevy Silverado is the worst offender on the list, with a fuel economy of 17.5 mpg. In 2021, there were 519,774 Silverado truck sales in the US, making it the third most popular vehicle in the country.

What’s interesting from a business perspective is that StockApps plainly believes it has a responsibility to report on these themes to its corporate and private investors, illustrating its positive stance on sustainability and also shining a light on how the world of investment finance increasingly plays a powerful role in driving business practice.

It’s also innately criticising the practice of firms like Ford, and to an extent Ford owners, which is an interesting branding position for a platform to take. More than ever, businesses appear prepared to comment on sustainability beyond their immediate sector; if it suits their brand proposition that is.

According to NHTSA officials, the new fuel economy standard can mitigate fuel consumption by over 220 billion gallons over the lifetime of cars and trucks. But StockApps reports some green organisations believe that the new NHTSA regulations under President Joe Biden don’t hit the mark sufficiently hard.

Even though climate change has worsened, the platform cites Dan Becker, director of the Safe Climate Transport Center at CBD, stating that these new rules only require auto companies to reduce gas-guzzling slightly more than they agreed to cut nine years ago pre-Trump.

As of now, StockApps says it’s unclear whether major auto-makers such as Ford and Toyota will meet the new fuel economy standard by 2026. Meanwhile, US Secretary of Transportation Pete Buttigieg says the new regs will reduce carbon emissions by 2.5 billion metric tons.

Evidently then, there remains contention as to whether the law does enough, and whether car manufacturers can or will meet it. All of this matters to the new green money out there, and StockApps, one suspects, wants to leverage this new interest via its reporting to increase its share of green investors using its platform.

In another example of how companies in general are increasingly willing to comment on sustainability issues outside their immediate areas of scope, Verdantix, a research and advisory firm, spoke recently on allegations of greenwashing at German asset management giant DWS.

Verdantix warns of a growing, coordinated crackdown on greenwashing worldwide but by multiple regulators. However, it says even when companies do attempt to live up to their ESG policies and public statements, they are often faced with the practical challenge of overcoming poor quality ESG data and emerging regulatory requirements.

At present, it says, there are a plethora of rubrics and reporting frameworks that are not yet fully embedded and understood. When combined with unreliable data, this creates incredible complexity.

David Metcalfe, CEO at Verdantix said: “There is a coordinated crackdown on greenwashing worldwide by multiple regulators and the police raid focused on allegations at German asset management giant DWS is just the latest example.

“Greenwashing sounds relatively harmless but when that escalates into criminal allegations of fraud then companies are facing a whole new level of risk. In part, this reflects the way in which ESG has gone from being a public affairs and marketing challenge to a core element of stakeholder capitalism.”

Metcalfe argues it’s not just the asset management industry that needs to adapt to the new ESG reality. Brewers, automotive companies and insurers were among firms hit with fines totalling £27 million by the UK Environment Agency last month for failing to comply with climate changes schemes while Innocent Drinks, owned by Coca-Cola, has been criticised by the UK Advertising Standards Authority for implying a “positive environmental impact” from its products.

In the US, the Securities and Exchange Commission has charged Brazilian mining company Vale with making false and misleading claims about safety.

“Tech vendors and professional services firms are developing solutions to help both companies and asset managers improve the data collection and reporting that drives ESG decision-making, but those solutions are also still in the early phase of development and adoption,” Metcalfe concludes.

“Our prediction is that businesses serving this space will see a surge of investment from corporate and financial leaders who are now keenly aware that the era of greenwashing is drawing to a close.”

The importance of both Verdantix’s and StockApps’ reporting is that they aren’t scared to criticise massive global corporates on sustainability practice.

This in turn hints that more and more companies are prepared to report on environmental practice outside their immediate sectors, as part of their content marketing and branding propositions.

We appear to be arriving in a brave new world, where criticising and calling out big corporate fails on following environmental standards is something that can help smaller companies get ahead, as long as they know their target demographic is truly onside with the messaging they’re getting out there. Will it be long before every blog or business PR page, no matter how big or small, contains examples of what to do, and indeed what not to do on sustainability?