The Growth and Utilization of Graphene 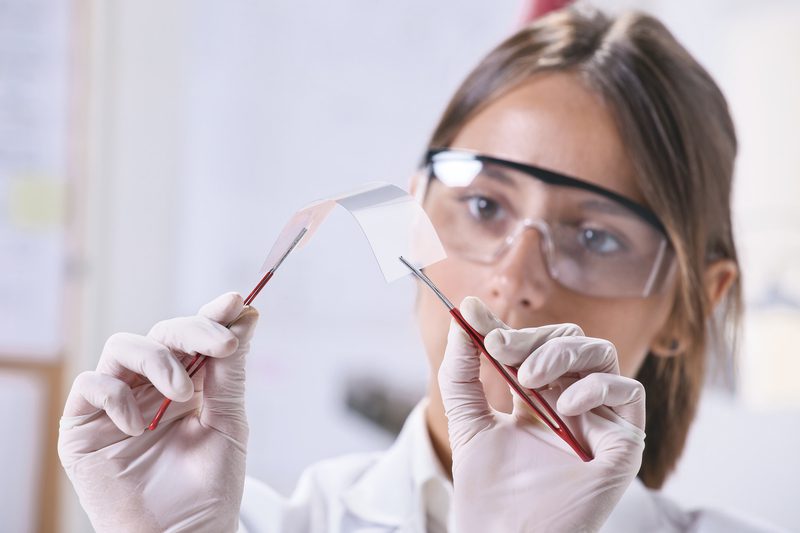 In the past two decades, graphene has emerged as one of the most useful materials that can be utilized in different areas. Researchers from the University of Manchester, Andre Geim and Konstantin Novoselov first discovered the structure in 2004 and received the Nobel Prize in 2010 “for groundbreaking experiments regarding the two-dimensional material graphene”. Ever since then, the number of patents exploiting what has been nicknamed the ‘wonder material’, has grown year by year. But how far are we from witnessing the commercialization of graphene and what can really be achieved if exploited in the correct way?

It is a one-atom-thick sheet of carbon atoms organised in a tightly bound honeycomb-like pattern. It is the building-block of graphite, also found in within the ‘lead’ of pencils. Geim and Novoselov isolated the material by repeatedly separating graphite fragments with sticky tape until they created the single layer sheets. These layers measure at 0.335 nanometres thick and to emphasise how small that is, approximately 3 million layers of graphene can be found in only a 1mm thick sheet of graphite.

Despite its size, the material is considered to be one of the most robust materials around, 200 times stronger than steel. This may be surprising to know as graphene is also an extremely lightweight material, weighing at around 0.77 milligrams per square metre. In addition, it is also relatively flexible, with research suggesting that it can stretch up to 25% of its original length without breaking.

But another key property of graphene is that it is an excellent conductor of electricity and heat. Assembling all these properties together, graphene is an extremely attractive material that can and has been utilised by researchers and businesses across the world. It is a diverse material that does not compare to any other and can help transform several different industries.

In the past 15 years, we have seen an increased use of the material and more and more graphene products come to the market. One of the areas that first implemented graphene was within the sporting goods sector. Within the sector, many companies have taken advantage of the materials strength and flexibility. For example, one of the world’s leading global providers of premium, high performance sports equipment and apparel, Head, have reaped the rewards from graphene in their production of their graphene-enhanced tennis rackets, including the radical graphene 360 range. This range is currently used by some of the world’s best players including world number one, Novak Djokovic.

Other companies have followed the footsteps of Head and incorporated graphene within the production of their equipment, such as Grays and certain sportswear companies including US brand Reebok which have introduced graphene-related apparel, utilising the materials thermal advantages and durability in the form of the thermowarm+graphen collection, the first commercially priced use of graphene in sportswear.

There has also been an increased adoption within advanced technology. The ability of the material to dramatically increase the run time of a conventional lithium-ion battery makes it an attractive addition in devices such as mobile phones and digital tablets.

Manufacturer NanoGraf states that graphene batteries show a 50 per cent increase in performance. Chinese phone manufacturer, Xiaomi, has incorporated graphene within some of its devices such as the Mi 10 Ultra which it claims enhances lithium-ion batteries with a capacity of 4,500 mAh. Electronic giant, Huawei, has also delved into the use of graphene within its devices, but for another reason; it included it in the P40 series as part of the device’s cooling technology to manage heat build-up.

This integration of graphene within devices like phones may continue as a new study published in the journal Advanced Optical Materials has suggested that graphene can replace Indium Tin Oxide (ITO) in the manufacturing of phones. ITO is known for being one of the rarest elements on earth and is a key part of the touch screens on our handheld devices so if that can be replaced, it will indicate another new benefit of the material.

The automotive industry is another sector that has taken advantage of the graphene discovery and turned it into a practical material for different elements of a vehicle. Tyre manufacturers have already begun using graphene within their treads, walls, and the inner linings, making it lighter weight and improving the vehicle’s durability. American car manufacturer, Ford, revealed that from February 2020, all its cars will feature graphene.

Despite its massive potential to transform industries, graphene can already be found in some of our household consumer products. Certain products such as light bulbs, frying pans and bike helmets are just some items that the material has been used in. So there are industries that have utilised the material in a positive manner, but why hasn’t the material with numerous benefits completely blown up in every industry as of now?

Why is Use Still Limited?

The main reasons for the relatively limited adoption of graphene are research, development, and cost. Although it was discovered 18 years ago, graphene is still in a relatively early stage regarding its development. For it to reach its potential and gain commercial success, more time is needed. Frank Koppens, scientific chair of the Graphene Pavilion, said: “It’s amazing people say it’s taking a long time because if you look back in history it’s taken a lot longer for new tech to get to market than graphene has.”

Cost is another key factor that has slowed commercialization. Prices during the 2010 had reportedly peaked at tens of thousands of dollars but have since come down dramatically. However, despite the substantial reduction in price, it is still relatively expensive. According to Liberum analyst, Yuen Low, “At the moment, one gram of graphene is estimated to cost around US$100. With things like this, commercialization takes years. It’ll spend years in the lab and then years in trials and scale-up and so on.”

Graphene is slowly making its impact across the world and will continue to do so. The discovery by the two researchers has revolutionised how we view the future of several industries and has realised the endless possibilities that can be achieved. For many researchers and scientists, it is the material that will change the future for the better.

SEE ALSO: Are We Moving Closer to a Nuclear Fusion Future?
Share: