Why We Need Sponge Cities 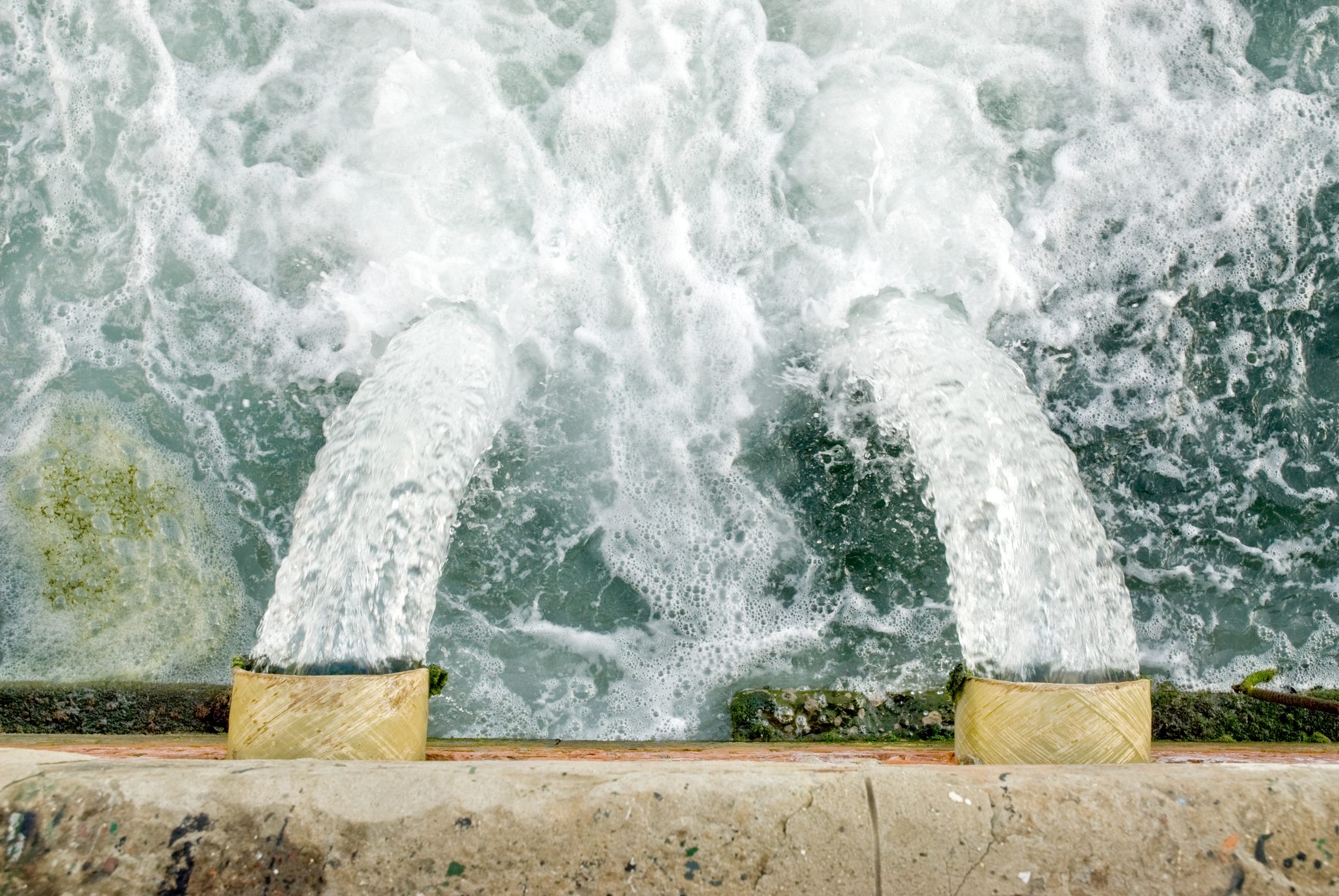 Climate change is causing sea levels to rise everywhere in the world. No coastline is able to avoid the issue, with islands in the Pacific already experiencing problems. In 2016 The Guardian newspaper reported five Pacific islands being lost to rising sea levels, as the coastline of the Soloman Islands was overwhelmed. Tuvalu is also experiencing the effects, as rising seas are on the verge of swallowing up some of its islands.

Among the environments at risk of severe flooding and destruction are the countless towns and cities built on coastlines, especially within low-lying river deltas and estuaries. This includes numerous major cities like London and New Orleans. The impact of tropical storms and flooding on New Orleans has already been well documented, following Hurricane Katrina when over 1,800 people died and damage worth $125 billion was caused.

At the same time, fresh water scarcity is increasingly proving a problem due to high temperatures and ever increasing demand from industry, agriculture and consumers. Heavy storms are becoming prevalent, causing extensive flooding within many towns and cities as river banks overflow and there is nowhere for the water to go. In the UK, unprecedented flooding was experienced in Yorkshire during the winter of 2019, and in Somerset in 2014.

To make matters worse, stormwater and tidal surges become mixed with waste water and other pollutants causing problems for fresh water sources and agricultural land. Too much salt on fields makes it impossible for crops to grow.

The message is clear – the problem facing the built environment within cities and towns is a serious one, that cannot be evaded any longer.

Existing infrastructure, especially drainage systems, are no longer able to cope with storm surges, heavy rainfall or tropical storms. Climate change has pushed these systems well beyond their capability. In London, for example, the Thames Barrier was designed to prevent flooding due to North Sea tidal surges. It has worked – so far. But looking at the numbers of times it has been raised reveals a different story. The Thames Barrier has been closed 199 times since it became operational in 1982. Over 160 of those occasions have taken place since 2000, reflecting the changes in sea level and increasing number of high seas.

In 2021, COP26 Glasgow saw the launch of a major report entitled Futures We Want which highlighted the need to respond to the problems of rising seas by changing coastal built environment to become more resilient. It was a report generated by young people and experts in six regions across the world who sought action to protect their futures. The result was a vision of a globally net-zero, climate resilient world that people actually want to live in. It also provided examples of potential solutions that exist but just need to be adapted on a wider scale from green roofs to sponge cities especially when combined within an area.

The same year saw 31 cities including Seattle, Guadalajara and Tokyo sign an Urban Nature Declaration, led by C40 Cities to ‘establish ambitious nature targets to achieve climate resilience’. All the signatories committed themselves to taking action by transforming built up city surfaces to green and permeable areas, or providing green or blue spaces within a short distance.

Growing vegetation on roofs and created vertical gardens along the walls of buildings are established ways of absorbing excess rainwater since it slows down the amount of water going into the drains. This idea is now being taken even further by the use of permeable pavements designed to allow storm surges of any kind, be it rainwater or tidal incursions, to drain through previously solid surfaces into the ground below.

The Netherlands has lived with risks of sea incursions for centuries. Most of its land is well below sea level, held back only by a series of dykes and drainage channels. Recognising the increasing problem of rising amounts of surplus water, the city of Rotterdam has created Water Square (Benthemplein). It has been designed to hold 449,000 gallons of water in an emergency.

Benthemplein contains two shallow basins that under normal circumstances act as a skate park and performance square. An adjacent deeper basin is used for a variety of sports such as basketball, football and volleyball. Numerous wide pathways and steps connect the various basins. In the event of heavy rain, or if a sea surge occurred, Water Square acts as collection facility. Water is channelled via a system of spouts and gutters into the shallow basins, then ultimately moves to the deeper basin.

Recognising the value of infrastructure like Benthemplein and green roofs, industry experts have expanded the concept to develop Sponge Cities, officially referred to as an Ecosystem-based Adaptation. The concept is simple – to create an environment and within areas prone to flooding that will allow surplus groundwater of any kind to drain away safely or be collected for cleaning and reuse. Such projects are already in existence around the world, showing just how this solution can be applied to the problems caused by rising sea water and climate change. Some projects focus on adjoining environments, while others deal with the built infrastructure.

In Jamaica, attention has focused on the restoration of existing mangrove swamps. Experts have calculated that this will reduce the impact of high tides by providing somewhere for the water to go, as well as improving fishing, carbon sequestration and decreasing the risk of erosion.

In El Salvador, reforestation and innovative agriculture are being combined to help protect the city of San Salvador. The city sits at the base of a volcano, and there is a constant risk of mudslides and flooding. The United Nations Environment Programme (UNEP) has begun working with local people to develop a project known as City Adapt, which involves utilising environmental measures to reconnect cities and the surrounding areas.

As part of the project, forests are being replanted. Coffee farms located on the slopes of the volcano are creating barriers to slow down any mud slides or flooding. Spineless Yucca is being extensively planted, and new stone walls being built. In addition, a massive network of ditches are being dug and permanently used to retain water and move it safely away from the city into a newly built absorbing wells, each capable of holding at least 27 cubic metres of water. This combination of infrastructure techniques will reduce erosion and hold down the soil as well as dealing with surplus water.

China with its extensive deltas and valleys has become a leading proponent of Sponge Cities. It knows all too well the problems being faced by rising water levels . In 2012, Beijing was severely flooded, wrecking havoc with transportation systems. Four years later, drainage systems in Wuhan, Nanjing and Tianjin were overwhelmed. with various projects currently underway. Sixteen Sponge Cities are officially being constructed as a way of experimenting with potential answers to the issues of freshwater scarcity as well as flooding. The aim is re-use 705% of rainwater.

One of these Sponge Cities is located at Nanchong within the Sichuaan Province. This is a mountainous area and the city is situated within a valley. The planning authorities are utilising gravity to direct surplus water runoff via a series of channels into a series of wells. Many of the wells are located alongside the city streets. The aim is to develop a series of wetland aquifers to hold surplus water that can be made available for use whenever necessary, especially during dry periods.

Lingang is a new city being constructed within Shanghai’s Pudong district. Rooftops are being covered with plants, wetlands created for water storage and permeable pavements store excess runoff. Over $119 million has been invested in the project. Elsewhere in Shanghai, over 400,000 sq metres of rooftop gardens have been created.

Elsewhere in China, the city of Changde within Hunan Province is trialling a different form of building infrastructure. The city and its port is located on the north bank of the River Yuan, and close to a major lake system. Changde’s solution to dealing with potential flood risks has been hailed as a ‘model for the future’. It is proving to be one of the most innovative Sponge City concepts simply because it reverses most traditional views of cityscapes. Instead of creating a city based on roads and pavements complete with extensive built defences against flooding, the city is designed to naturally incorporate water within the overall design.

The new city design has been devised by a Chicago based company, Urban Lab. The idea is for a city built on islands within a massive lake. All the buildings are located on the islands, connected by bridges. If this sounds familiar, then take a look at Venice – this is exactly how Venice was developed centuries ago. Canals link the various districts on the islands, and form what Urban Lab refer to as ‘Eco-boulevards’.

No one drainage system is a magic bullet solving all the problems, but what is certain is that sponge cities will all help.