Could eFuel be a Viable Option For a Greener Future? 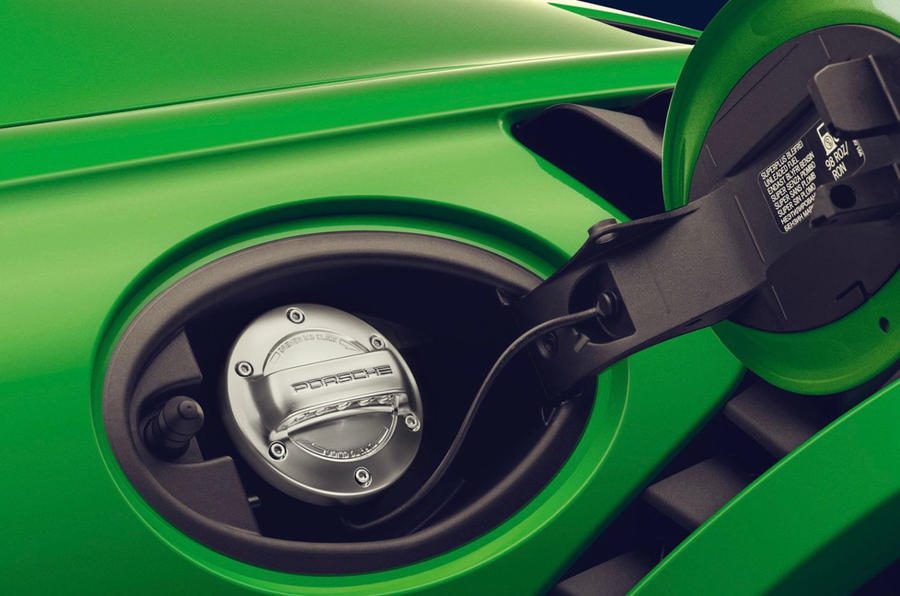 With the prospect of governments moving to ban the sale of new petrol and diesel-fuelled vehicles, sales of electric vehicles are certainly increasing, though the cost of these vehicles and potential increases in the cost of charging them seems to have put a dent in sales growth. So are there any alternatives to the electric future?

Porsche is one company that has heavily invested in electrification, with many of their models such as the Cayenne and Panamera including hybrid versions as well as the Taycan which is fully electric. However, the luxury vehicle manufacturer has recently revealed that it is exploring another avenue, commencing construction of a factory in southern Chile, a location where they have decided to begin their pilot program of producing eFuel for combustion engine cars from 2022 onwards.

This will be the world’s first integrated commercial plant for producing eFuel with the project marking another step into finding other avenues to help reach the globalnet zero target.

eFuel is a complex hydrocarbon with the process of its production starting with the separation of water into hydrogen and oxygen gases via the process of electrolysis. Then, the hydrogen collected is merged with carbon dioxide captured from the air to create synthesized methanol. The methanol is then converted into gasoline through ExxonMobil’s methanol-to-gasoline process and will have the capability to be used in the majority of petrol combustion engines.

It is important to note however that eFuel will not completely eliminate carbon emissions from vehicles with internal combustion engines. eFuel will emit approximately the same amount of carbon output as was absorbed by its production. As a result, Porsche classes it as being ‘almost’ carbon neutral.

When discussing how their project was taking shape last year, Frank Walliser, Porsche sports car product boss, said: “We are on track, together with our partners in South America. For sure, in 2022, it will be very, very small volume for the first trials.”

The first model that will run on the eFuel produced will be in their Formula 1-supported 911 GT3 Supercup race series.

So what are the key benefits of producing eFuel? Well, one of the most significant advantages is the implementation of the existing CO2 in production. The production of eFuel is much cleaner and utilises atmospheric processes. Walliser states: “At full scale, we expect a reduction in the CO2 impact of around 85 percent. If you consider well-to-wheel, where we have to transport fuel, we have a global supply chain, everything around that – you have efficiency across the whole process.”

Another key benefit is that it won’t be a hassle for petrol stations to store eFuel. Converting stations to accommodate electric vehicles will take a long time and a lot of money, and most likely will cause certain petrol stations to close down completely; but storing eFuel would not be anywhere near of a problem for these stations, and will also not cause a drastic change for consumers who will be able to continue to fill up their car with near-carbon-free fuel just as they would have done with petrol. So what are the drawbacks to this potentially promising fuel solution?

As we have already alluded to, one major problem is that eFuel is not carbon neutral – and being around 85 percent less carbon intensive than other forms of fuel may not be enough considering the current climate challenge. But the key issue is certainly economic. The estimated production amount of 500 million litres in 2026 is virtually nothing compared to the litres of petrol and diesel that gets consumed each year. Some, including eFuel advocacy group, the eFuel Alliance, suggest that this is not a concern because they do not expect a sudden jump in the number of people using synthetic-type fuels but predict more of a gradual rise in the years to come.

However, the group anticipates eFuel costs to be below $2.50 per litre. With the current situation of rising costs of fuel, which is expected to continue in the coming months, eFuel may seem more of an attractive prospect (if the predictions are correct – the International Council on Clean Transportation (ICCT), states that these cost predictions are totally incorrect, with their predictions estimating cost over $2.50 per litre by 2030).

Porsche executive Mark Steiner states that it is “definitely too early to talk about pricing”, adding “I would not dare to make any prognosis.”

Another question relates to the hydrogen needed to create synthetic fuels. How climate-friendly is it? The factory in Chile will use wind energy to extract its hydrogen but large amounts of hydrogen currently produced around the world is made using energy from fossil fuels. So, to ramp up production of the hydrogen, many countries will need to considerably outdo their current capabilities.

eFuel certainly serves as a niche alternative in a future that is looking more and more electric. As well as Porsche, other car manufacturers including Bentley and Volkswagen have also flirted with their idea of eFuel and could follow the lead of Porsche. eFuel certainly represents a way to keep the current crop of combustion engines alive as we approach the 2030s, but with governments seemingly set on an electric future, will many invest time and money in this direction?

New Year's Resolutions to Make Your Company More Sustainable
Five Business Trends to Prepare for in 2023
How Does Every Country in the 2022 World Cup Rank on the Social Progress Index?
Qatar: How Much Social Progress is the Country Really Making?
Is Hydrogen Set to Be the Fuel of the Future?
Visions of the Future for Global Technology Governance